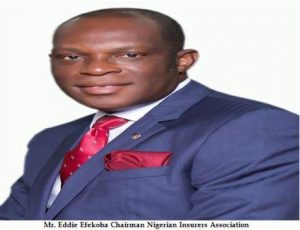 The leadership of the Nigeria Insurers Association (NIA) in an efforts to sustained  towards eradicating totally fake insurance practice in Nigeria, has disclosed plans to adopt Unstructured Supplementary Service Data code for checking the authenticity of insurance certificates in the country.

This disclosure was made by chairman NIA Eddie Efekoha while interacting with the Nigerian Association of Insurance and Pension Correspondents -NAIPC- in Lagos.

To this effect, he said the association has set a committee to work out the process adding that implementation would commence before second quarter of the year.

“A committee is already working out the process and it is expected that the implementation will commence before the second quarter of 2017.”

“Following unhealthy competition in this class of business and the lingering issue of fake third party motor policies in circulation, the association is, in addition to the deployment of the NIID, considering other measures that will reduce unnecessary competition and inappropriate pricing of third party insurances”,

“Consequently, we are switching to the use of the Unstructured Supplementary Service Data code for checking the authenticity of insurance certificates,” he said.

Efekoha who took office as 22nd Chairman of NIA on Augustine 10, 2016 further opined that Association was working on streamlining the rate to be charged for third party policies in order to check excesses of some deviants in the industry. “The rate for third party motor insurance in the country is currently N5,000, but some operators are known to be charging lower in order to attract patronage”.