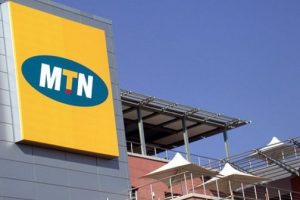 The Nigerian Communications Commission (NCC) data revealed that MTN had 30,300,705 subscribers browsing the internet on its network in the month under review. But recorded a drop of 714,700 internet subscribers in February after recording 31,015,405 in January.

The NCC’s record disclosure in its internet subscribers’ data for February showed that South African Telco, MTN lost 714,700 subscribers out of the total, making it the highest loser.

Furthermore, the publication indicated that internet users on both Global System for Mobile communications (GSM) and Code Division Multiple Access (CDMA) networks dropped from 91,304,755 in January to 90,029,182 in February.

The CDMA operators retained 30,309 internet subscribers in February as recorded in January.

In the same vein: the data revealed also that Globacom had 26,932,485 customers surfing the net on its network in February, which indicated a decline of 143,787 users from the 27,076,272 who surfed the internet on the network in January.

The NCC data however revealed that the CDMA operators, Multi-Links and Visafone, had a joint total of 30,309 internet users on their networks in February, maintaining their January record.

According to the data, Visafone had 30,305 customers surfing the internet in February, while Multi-Links had four

Kindly Share This Story:UGO AMADI ‘A leader takes people where they want to go. A…