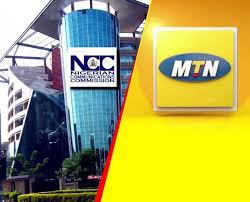 In keeping its leading corporate citizenship and agreed payment plan on the reduced N330b fine, MTN Nigeria has transferred N30bn to the Nigerian Communications Commission (NCC). Reuters has reported.

The payment is expected to go into NCC’s Treasury Single Account (TSA) with the Central Bank of Nigeria (CBN) within days.

Amehnews had reported earlier in the month that the payment is due by month end.

Accordingly, the N30bn payment has pushed total money paid to about N110 billion having paid N80 billion before the end of last year.

The prevailing fine reshedulment stemmed from the diplomatic horse trading that played out within the later stage of the matter which ended in both the NCC and MTN agreeing on a staggered payment deal till 2019.

Followers of the matter would recall that MTN was initially fined $5.2 billion (N1.04 trillion) in 2015, for failing to comply with the SIM registration regulations of the NCC which it was part of the stakeholders that okayed the regulation in 2011.

Series of high level interventions and negotiations peaked at the presidential level when the South African President, Mr. Jacob Zuma visited President Muhammadu Buhari to plead on behalf of the firm amongst other African matters exactly one year ago.

However, observers are not aware if the diplomatic horse trading that prevailed within the period at the presidential level later snowballed to the upper chambers of the National Assembly who began a probe of alleged transfer of about $13.9bn involving MTN group late last year as the Senate suddenly became silent on the matter since this year till now.

Many Nigerians who were asked whether they can remember the extend of the matter at the Senate Committee cannot guess due to official silence by the lawmakers since this year on the matter.