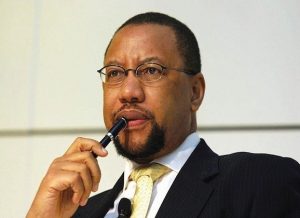 Indications emerged, yesterday, that the planned listing of MTN Nigeria’s share on the country’s stock exchange scheduled for this year, might eventually not come to pass until 2018.

The reason for the shift in date, according to the telecommunications firm is because of the current economic recession Nigeria is going through and the need for the firm to resolve amicably all pending regulatory issues in the country.

Expectedly, this news has elicited various reactions from stakeholders and shareholders in the country. Most importantly, the implication of this move by MTN is that the fresh investment profile that could have been injected into the stock market (which has continued to maintain a bearish profile) as a result of the listing would now be deferred. Besides, the planned recovery of the stock market itself is now at jeopardy.

Speaking at the ongoing yearly meeting of the World Economic Forum in Davos, Switzerland, yesterday, the Acting Chief Executive Officer of MTN, Phuthuma Nhleko, was quoted by Bloomberg as saying, “It’s a work in progress and hopefully within the 12 to 18-month period we will be able to do it.”

According to him, regulatory issues need to be resolved, and the macro economic conditions need to have improved in Nigeria.

“Clearly, we can only list when the conditions are conducive,” Nhleko stated.

It will be recalled that MTN agreed to list its part of unit holding in Nigeria on the Nigerian Stock Exchange as part of the settlement of a N330 billion ($1 billion) fine imposed by the government for missing a deadline to disconnect unregistered subscribers.

MTN sometimes ago in July 2016, disclosed that the listing would take place in 2017, subject to market conditions.

Speaking on the matter, the National Coordinator, Constance Shareholders Association, Shehu Mallam Mikail, explained that MTN’s decision to defer the listing is an indication that there is no more investors’ confidence in the market.

“MTN’s decision is an indication that our market would still remain as a playing market where the investors would continue watching as the political gladiators continue to turn on the game to suit their interest.

The present administration lacks the political will to transform the market in a way to attract and sustain investors’ confidence to remain in the market.

With this decision by MTN, our market is bound to loose because many investors that are already planning to follow will stay back and watch the trend too.”

The National Coordinator, Proactive Shareholders Association, Taiwo Oderinde, described the proposal of MTN to list in 2018 as a welcome development.

According to him, there is hope for all the stakeholders, especially investors to get prepared to play in a deepened market next year, all things, being equal. There will be more local and foreign companies to be attracted to the Nigerian Stock Exchange, he added.

While President, Independent Shareholders Association, Adeniyi Adebisi, took another road of approach to the issue saying it is not ideal to compel firms to list on the exchange when they are not yet prepared to do so.

Adebisi further said that there should have been a clause compelling them to do so at the time of registration by Corporate Affairs Commission end.

Kehinde Aluko, a telecoms expert, said this will be a serious set back for the revival of the stock exchange and the economic recovery of the nation as a whole.

“I think government should not allow this opportunity to slip them by. It will be a great disadvantage to lose this opportunity. The President Muhammadu Buhari led administration and the economic team (if there is any) should revitalise the economy. If things get worse than this by the end of this quarter, I am sorry, we may be heading towards depression and that would be a major slap on those running this economy.”

The Director of Public Affairs at the Nigerian Communication Commission (NCC), Tony Ojobo, to comment on the matter were not successful yet, as he didn’t pick up his calls and didn’t return text message sent to his mobile line as at press time.

However, an NCC official, who insisted on speaking on the condition of anonymity, said primarily, efforts to get MTN lists its shares in Nigeria was part of the agreement reached last year.

However, the source revealed saying there was actually no fixed date.

“What they agreed to was that they will list their Nigerian shares as soon as practicable. It was later they said 2017 based on economic improvement.”

The source further open up that, NCC can’t impose a listing period on the telecommunications firm as noted that “Supposing they went to the market and no investor showed interest, what are we going to say? Yes, they said they will list, it was part of the agreement, but you can see the economy is still at a snail speed. It will be difficult to get investors convinced unless things improved.

“Take for instance when the commission auctioned the 2.6GHz spectrum, how many investors showed interest? At the Post Mortem conference of the auction, most of the operators complained of illiquidity and lack of access to foreign exchange. I think things were a bit better then, but the situation has worsened now. We need to revive this economy fast, so as to be able to boost investors’ confidence.”

A source at the Security and Exchange Commission (SEC), said the commission has no comment on the new MTN’s move, saying, “it is a business decision taken by a company.”

At the Nigerian Stock Exchange 2016 review;  All-Share Index was the world’s worst performer among 94 indexes tracked by Bloomberg, stood at losing 41 per cent in dollar terms.

The market slump came as the economy contracted for the first three quarters of 2016 due to lower oil revenue and capital controls deterring investment.

“We’ve always intended to list, we have reaffirmed that with the government,” said Nhleko, who is billed to revert to his previous role as non-executive chairman when new CEO Rob Shutter arrives in March.

MTN shares have lost more than a third of their value since the fine was handed down in October 2015, and the company has overhauled management and toughened up its approach to regulators as a result.

The wireless operator had about 235 million customers across 22 countries in Africa and the Middle East as of end of September. The telecommunications firm with about 61 million subscribers in Nigeria currently controls over 40 per cent market share.