Kindly Share This Story:
MultiChoice Nigeria has announced that its flagship corporate shared value (CSV) initiative, MultiChoice Talent Factory (MTF), will hold another Masterclass. The Mastercalss, which holds in Lagos on 13 August, will be in Cinematography. 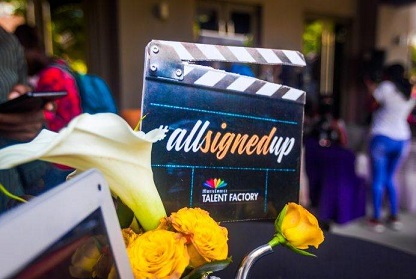 In the upcoming edition of the Masterclass, MultiChoice will be bringing international award-winning film expert, Christian Epps as a resource person to teach cinematography and help upskill Directors of Photography in the film and television industry to help them take their craft to the next level.

Speaking the one-day Masterclass, Femi Odugbemi, MTF (West Africa) Academy Director said: “We recognize the importance of continuous improvement in visually telling our stories and Cinematography is a key pillar of that objective.”

Epps is the founder/CEO Of Lights, Camera, Diaspora!, a Los Angeles-based social enterprise non-profit that bridges the gap between the African and African-Diaspora entertainment industries.

In 2006, Epps was hired to design the THISDAY! Festival, which led to multiple concert and television projects every year in Nigeria. Among his many achievements in Nigeria, Epps in 2017 received Africa Diaspora Awards’ Creative Person of The Year Award.

Speaking on the upcoming Masterclass, John Ugbe, Chief Executive Officer, MultiChoice Nigeria said: “MultiChoice is committed to enriching lives by improving the skills of talent in the film and television industry in Nigeria and the success of these MTF Masterclasses will over time, deliver a more professionalized, networked film and television industry across Africa and an expanded community of highly skilled professionals who are passionate about creating quality home-grown content.”

Participants of the Masterclass should have a minimum of 5 years’ experience in cinematography. These participants would be drawn from across the film and television industry, with delegates from leading Nollywood professionals across the country.

It would be recalled that February this year, MultiChoice successfully delivered the first in a several series of sound-focused masterclasses in Nigeria supported by the Dolby Institute

Maritime Anti-Coruption Network with support of Siemens AG and in partnership with CBI, Formal Launch ‘Expansion Of The Collective Action Initiative’ In Nigeria

Kindly Share This Story:It is with great pleasure that The Convention on Business Integrity/Integrity organisation…

Players On The Move As New European Football Season To Air On DStv, GOtv