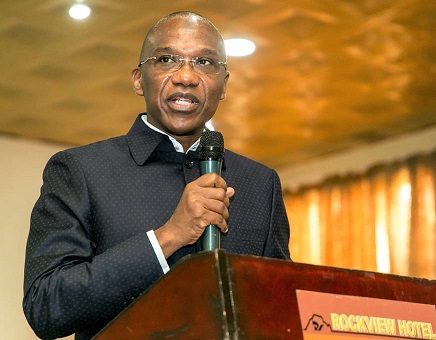 The court also granted AMCON possessory order over all that piece of land consisting of buildings/factory and situated at Esuk Utan Village, Calabar, Cross River State, more particularly described as Plot A23 – A30, Calabar Export Processing Zone; All those chattles consisting of five Oil Tank Barges and seven Tug Boats etc.; as well as all piece of land consisting of an acre and situated at Kaduna in the Kaduna Local Government Area, more particularly described as Plot No. 13, Idoma Close, amongst others assets.

Justice Nyako also sanctioned AMCON’s appointment of Mr. Robert Ohuoba, as Receiver over the business and stock in trade and over all fixed and floating assets of both Bao Yao Futurlex Iron & Steel Company Limited and Bao Yao Huan Jian Iron & Steel Company Limited wherever they may be found within the jurisdiction of the Federal High Court. The Court also directed the Inspector-General of Police and the Commissioner of Police, in all the state of the federation to assist and protect the Bailiffs of the Federal High Court and the Receiver, Mr. Robert Ohuoba to carry out the takeover.

Confirming that AMCON had already taken over the assets/properties as directed by the Court, Jude Nwauzor, Head, Corporate Communications, AMCON said, “We saw it coming because the said debt is long overdue. Like we have always said, going to court with obligors is usually the last resort for us as a corporation. Whenever you see us take over company as is the case in this instance, it means we must have patiently tried to resolve the matter without going to court.

“Taking over the firm as directed by the court is an indication that all efforts by AMCON to get the obligor to amicably repay the indebtedness have proved abortive. If you have exhausted all avenues of peaceful resolution, there is no other option available to the AMCON than to commence enforcement action against Bao Yao Futurlex Iron & Steel Company Limited as well as Bao Yao Huan Jian Iron & Steel Company Limited as directed, which is also provided under Section 49-52 of the AMCON Act.”

It would be recalled that both the Vice President of the Federal Republic of Nigeria, Prof. Yemi Osinbajo, the Board Chairman of AMCON, Dr. Muiz Banire SAN and the Managing Director/Chief Executive Officer, AMCON, Mr Ahmed Lawan Kuru have repeatedly reiterated the fact that AMCON would collaborate with relevant government agencies in the country to intensify its chase on recalcitrant obligors of the corporation over a debt profile of over N5trillion. Expectedly, AMCON has continue to sustain its high tempo of recoveries, which actually began last year when the government agency strategically refocused its recovery activities to more of enforcement.
The Caption Photo: AMCON MD/CEO, Mr Ahmed Lawan Kuru

ABOLOMA LISTS 9 WAYS OF BENEFITS FROM THE MARITIME STAKEHOLDERS FORUM