………. NNPC is sole importer of petrol 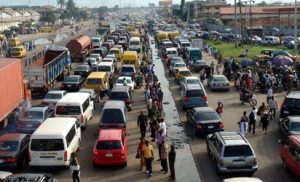 The Depot and Petroleum Products Marketers Association (DAPPMA) has  said that over N660billion debt owed marketers by the Federal Government for imported fuel and interest on bank loans had been major hindrance to petroleum  importation into the country .

Its Executive Secretary, Olufemi Adewole , told the News Agency of Nigeria (NAN) in Lagos against the backdrop of the ongoing long queue of trucks along Ijora-Apapa awaiting to load product at Dockyard and Apapa depot.

Adewole said that most marketers had stopped importing product due to inability to access foreign exchange and government refusal to pay outstanding debt owed.

He said that marketers currently owe some Nigerian banks over 1 billion dollars, which they took as loans to import fuel, and because the government couldn’t pay them or pay the banks interest on the loans as agreed, the interest accumulated over time.

According to him, the main debt is over N500billion while interest on loans is over N160billion.

“Foreign exchange remain another big challenge, we don’t have forex to import the product, except were able to get adequate forex.

“For now landing cost  on petrol  stood over N145 due to high forex rate which posed serious concern to marketers on the price to sell the product,’’ he said.

The DAPPMA scribe appealed to government to provide adequate forex and pay all outstanding debt for marketer to commence, adding that no investor will import without having value for their investment.

He said that the lingering queue at the Apapa depot was due to marketers’ inability to import petrol because of the cost on landing charges which is above N 145, adding that it makes it difficult for marketers to import.

According to Adewole, most marketers depend on NNPC imported petrol cargoes, we buy from NNPC and our selling price we depend on the price given to us.

“The huge debt owed marketer had eluded our operating fund; we are appealing to government to urgently pay outstanding debt which has long overdue.

“Our banks are threatening to debit our account at the current rate at which forex is been sold at N 360 per dollar as against N 197 per dollar that government allocated importation to marketers.

“This means that we are the ones subsidizing the imports.

“If government failed to address this lingering challenges on price differential, it’s not only marketers that will go down the banks will also collapse because our exposure with banks is in excess of 1.95 billion dollars,’’ NAN quotes Adewole saying.

He said that currently it is not profitable for marketers to import petrol due to forex challenges and high cost of landing cost which makes few marketer selling above Ex-depot price of N133.28.

He urged government to provide adequate forex for marketer to import product and sell at the rate that will make marketers sell N145, adding that the entire margin for each marketers on sells was static which posed serious challenged.

NAN correspondent who monitored Apapa depot reports that some depot owners are selling petrol above Ex-depot price of N133.28.

Kindly Share This Story: President Muhammadu Buhari will on Tuesday (tomorrow) officially roll out the…