The late submission of annualy accounts by insurance firms will be improves in this year through early preparations and electronic submission by all firms. 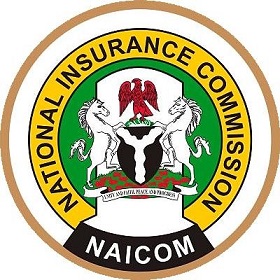 The National Insurance Commission (NAICOM), has disclosed plans for the commencement of transition to electronic submission of accounts by insurance companies this year 2017.

The Commission while disclosing this noted that it is working tirelessly to improve effectiveness as well as reduce regulatory burden of manual operations on Insurance Institutions. To this effect, it added that it was leveraging information technology to achieve the feat.

The initiative which is one of the nine priorities set for this year, according to the commission would propelled through establishment of a framework for Information technology supervision of insurance Institutions and promotion of arrangements for efficient and more cost effective applications in the sector.

Worrying about late submission of accounts by insurance firms, said a number of Companies submitted their statutory Returns for the year 2016 late, stressing that the delay in submission of accounts deprives the Commission, Policyholders, Insurance Intermediaries, Analysts and other Stakeholders of the relevant information about the performance and financial condition of the Companies, as well as the level of their compliance with relevant provisions of the law.

“The Commission is poised to implement relevant measures to discourage Companies from filing late Returns and sanction errant ones appropriately. Amongst others, this will include a detailed review of their accounting and financial reporting systems, restriction of certain activities until relevant Returns are filed, action against officials accountable for financial reporting, as well as publicizing the compliance status of Insurance Institutions on our website for public guidance,” it said.

It urged Boards of Companies to take interest in the timely filing of Returns which, incidentally, contain information they need to effectively perform their oversight function, adding that the non-rendition of Returns is, therefore, an indication of the failure of the Board.

“In order to facilitate the timely rendition of Returns, the Commission will carry out a review of the current Returns requirements and streamline them for more efficiency in preparation and submission. The transition to electronic submission will commence this year,” it maintained.

In the same vein: the National Insurance Commission (NAICOM) is introducing new channels of insurance distribution in continuous effort to deepened insurance penetration in Nigeria.

The initiative is expected to create opportunities for individuals and regulated corporate entities to play a vital role in the insurance distribution chain to access and reach the largely underserved majority of the Nigerian population without being exposed to any liability.

The draft guidelines to ensure seamless operation of this initiative are ready for exposure after which it shall be issued as an operational guideline.

Meanwhile, the Commission will be meeting with relevant Regulatory Agencies and professional bodies to discuss the modus operandi and benefits inherent in this new initiative.

Inadequate Insurance distribution channels has been roundly identified as one of the major challenges of deepening insurance penetration in the country and the Commission believes that expanding the channels of distribution will go a long way in bridging the gap of insurance awareness and penetration in Nigeria.

Also, when implemented, the new initiative will not only achieve the desired increase in insurance penetration, but would contribute to the Federal Government’s drive to create employment and wealth in the economy.