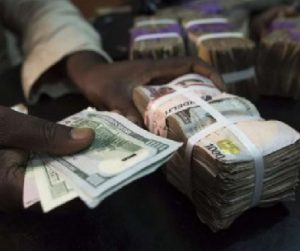 Alhaji Aminu Gwadabe, President, Association of Bureau De Change Operators of Nigeria (ABCON), said on Tuesday that the stability in the Naira exchange rate would eventually lead to its appreciation.

Gwadabe made the assertion in an interview in Lagos.

He said that some International Money Transfer Organisations (IMTOs) were on the verge of concluding plans with stakeholders in the forex industry to boost liquidity in the market.

The financial expert said that the stability been witnessed by the Naira at the open market was an expression of the ground work done by the CBN, the BDCs and other critical stakeholders in the forex market.

The ABCON chief explained that the increase in the nation’s external reserves would also serve as a buffer in ensuring stability in the Naira exchange rate.

“We are happy that the Naira had remained stable for about two weeks running.

“This is attributable to many factors, including efforts by the CBN, the BDCs and the IMTOs to boost liquidity in the market.

“Many of these IMTOs have indicated interest in bringing their inflows into the economy, thus leading to the appreciation of the Naira,’’ Gwadabe said.

The Naira had remained stable for close to two weeks, exchanging at N498 to a dollar at the parallel market.

In spite of the Jan. 23 and 24 Monetary Policy Committee (MPC) meeting of the CBN, the Naira remained stable.