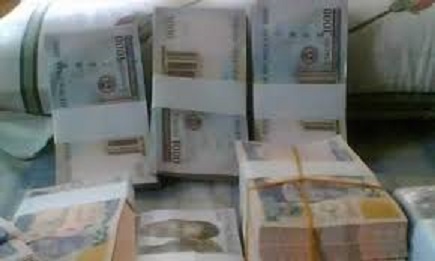 Currency in circulation is defined as a currency outside the vaults of Central Bank; meaning all legal tender currency in the hands of the general public and in the vaults of the Deposit Money Banks.

The currency-in-circulation on quarter-on-quarter basis fell by 6.0 per cent to N2.29tn at the end of March 2020, compared with a decline of 7.5 per cent at the end of the first quarter of 2019.

 
According to the CBN’s monthly economic report for May, extensive cash reserve ratio debits on banks that failed to comply with policy directives increased the monetary authority’s liabilities to other depository corporations and increased reserve money in May 2020.

It said that at N10.61tn, liabilities to other depository corporations surged 70.5 per cent above the preceding month’s growth rate of 59.7 per cent.

The report said, “The heightened uncertain outlook due to the lockdown encouraged more cash to be held by the public.

“This was evident from the increase in currency in circulation, compared with the level in the preceding month.