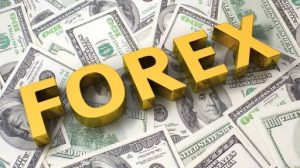 The naira is expected to extend solid gains recorded in the last week on the streets with the decision of the Central Bank of Nigeria (CBN) to sell more dollars to Bureau de Change, BDC, operators at the rate of N360 to a dollar, THEWILL can report exclusively.

THEWILL gathered that in a bid to strengthen the value of the naira against the United States dollar and other foreign currencies, each of the BDC operators who fund their accounts by tomorrow (Wednesday) would get $8,000 against the $4,000 that they used to get.

Sources at the apex bank told THEWILL that the BDCs are expected to sell to the public at a rate not more than N362 – $1.

The naira, which has been under speculative attacks, has gained more than N150 in the last two weeks against the dollars and other major currencies since the Godwin Emefiele-led CBN launched a strategic attack to rescue the local currency. Analysts estimate that speculators and hoarders have lost over N2 billion naira since the push back.

The naira which crashed to a record low of N525 on the streets, has rebounded and exchanged for as low as N365 Tuesday in Lagos and Abuja after closing at N375-$1 on Monday.