The Federal Inland Revenue Service (FIRS) says it is targeting N8.5 trillion revenue for the country in 2020. 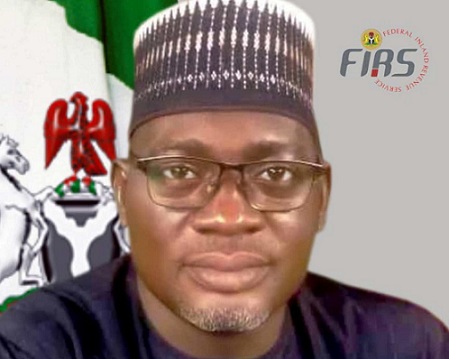 The FIRS Executive Chairman, Mr. Muhammad Nami, at the first official duty of 2020 Corporate Plan Retreat in Abuja on Friday, saying that the 2020 target was slightly lower than the 2019 target by about N300 billion.

Nami said the N8.5 trillion target was broken down into oil tax target of N3.698 trillion and non-oil taxes target of N4.8 trillion, and that assessing the service’s performance in the recent past, one could look at 2020 target as ambitious but it was achievable.

The FIRS boss also gave the assurance that the target is achievable and realisable especially with the ongoing reforms and business process re-engineering that were currently taking place in the service.

According to him, these reforms are aimed at improving both filing and payment compliance, re-activation of dormant taxpayers through aggressive intelligence gathering and information sharing and blocking of leakages.

“In 2019, the FIRS achieved total tax revenue collection of N5.263 trillion against target of N8.802 trillion which translated to about 60 per cent target achievement for the year.

“The performance was slightly lower than the 2018 collection of N5.32 trillion by N57 billion. Oil tax collection for the year was N2.111 trillion which was 49 per cent achievement of its annual target of N4.301 trillion and accounted for 40 per cent contribution to the total collection.

“On the other hand, non-oil taxes collection for the year was N3.152 trillion which was 70 per cent achievements of the annual target of N4.501 trillion and accounted for 60 per cent contribution to the total collection,” he said.

Speaking on the retreat, Nami said the event was a flagship in the service’s planning cycle and a platform where staff and management review the performance of the service in the immediate past year and map out goals and strategies for achieving set objectives for the current year.

He reiterated the service’s commitment to working to realise President Muhammadu Buhari’s vision of taking 100 million Nigerians out of poverty in 10 years by collecting robust revenue to develop infrastructure.

Why I can’t interfere in Ganduje, Emir of Kano dispute —Buhari