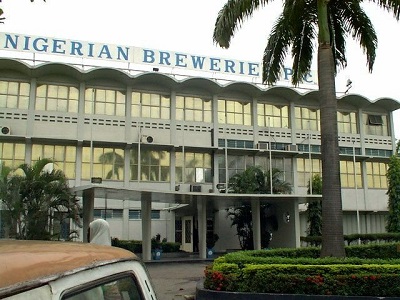 The Nigeria Employers’ Consultative Association (NECA) has expressed its shock and utter dismay at the gruff actions and jungle behaviour of Mr. Lanre Gbajabiamila, new D.G. of the National Lottery Regulatory Commission (NLRC) in shutting down the offices and business premises of Nigeria Brewery Plc across the nation.

Organised Businesses under the auspices of NECA had approached the Courts in the case CA/A/207/2016, NECA & 1 or vs. AG Federation & 3 ors. The case is currently at the Federal Court of Appeal and parties in the case had maintained status quo ante since 2016. This was in obedience to the Court order which had restrained the National Lottery Commission and /or its Agents from imposing/further imposing its own interpretation of “promos” on NECA’s members and/or from further harassing, intimidating and/or sealing-up the offices of NECA’s members.

Speaking in Lagos, the Director General, Mr Olusegun Oshinowo, expressed shock that the new helmsman at the NLRC, Mr Lanre Gbajabiamila, will go all out to act in breach of the rule of law and utter contempt of court by shutting down the offices and business premises of Nigeria Brewery Plc in a case that is still before the Court of Appeal.

Oshinowo noted that “since 2016 when the case was filed in court, the past leadership of the Commission had exercised restraint and due respect for the law of the land”. He decried the resort to jungle behaviour by the power drunk “public servant” in a civilized society where all hands are on deck to boost the ailing economy of the nation. According to him, “It is unthinkable that a Public Servant will rashly shut down business premises of a multi-billion dollar investment without considering the dire implications on the economy”

The Director General, NECA called on the Presidency and the Honourable Minister of Industry, Trade and Investment to call Gbajabiamila to order as his actions are not only illegal, unlawful and ultra vires the powers conferred on him, but he is working at cross purpose against the laudable efforts of the Federal Government in improving the Ease of Doing Business (EODB) in Nigeria. “He should be called to order to avoid further damage to business and the fragile economy at large”

NECA’s call on the Presidency and the Honourable Minister is informed by government’s belief in fairness and justice, and its several unequivocally affirmation of its belief in enterprise rights and those of ordinary Nigerians. These are hallmarks of good governance which will shore up investors’ confidence in the economy”

Oshinowo further hoped that “the Commission’s leadership will depart from its new ways and manner of carrying out its activities, which is totally at variance with Democratic Ethos”. In the same vein, “Gbajabiamila should await the court’s interpretation on the definition of promos which we believe is not the same as lottery. This will enable the Commission operate within the limits guaranteed by law and also promote the survival of Enterprises in the country, who are the engine of growth in any economy.””