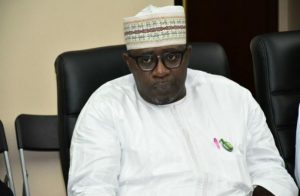 The National Broadcasting Commission (NBC) has said it is working assiduously to achieve digital switchover nationwide by June 2017.

Describing the June 2017 deadline for digital switchover as a very challenging date for Nigeria considering the demographic situation of the country, the commission insisted it is determined to ensure that the country succeeds in this endeavour.

Director General of NBC, Modibbo Kawu, who disclosed this to newsmen in Abuja, said the commission will meet the Nigerian Governors Forum (NGF) in a few weeks time to solicit its support to ensure that the programme succeeds in states, adding that the NBC intends to start with one state per zone first.

He observed that the Abuja DSO has achieved tremendous success three weeks after its launch has over 100, 000 setup boxes in various homes.

He said, “We are still expecting more setup boxes, even though we have not paid their manufacturers. The money is there, but we have to be sure they deliver the boxes before payment is made so that we don’t pay them piece meal.

On the challenges being experienced by some FCT residents in activating their setup boxes, Kawu said, “There are some blind spots and where there are reception difficulties, transiver stations would be mounted.

“When we appointed a call centre operator, he engaged 30 call centre agents, but because of the enthusiasm of Abuja residents towards the DSO, we have gotten over 300, 000 calls from people making inquiries on how to activate their boxes so we have increased the call centre agents to 90. We have 27 channels operating for now, and boxes are being activated daily, and only eight setup boxes have been returned. People have 30 days, instead of two days to complete the activation of their boxes,” he submitted.