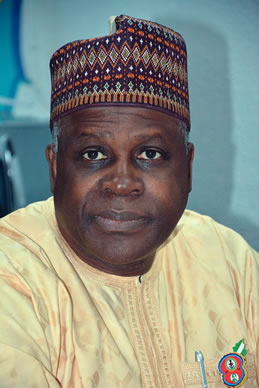 The Director General (DG) of the Nigerian Civil Aviation Authority (NCAA) Captain Muhtar Usman during the AIB’s Stakeholders Forum held in Lagos for the amendment of the Bureau’s Regulations 2016 recently in Lagos said the Authority wishes once more to use this forum to indicate its preparedness towards having this quarterly meeting with the Bureau to address the issues raised above adding that this address on the Implementation of Safety Recommendations and learning points – NCAA’s Perspective.

Capt Usman noted that in second quarter of 2018, the AIB Safety Recommendation Committee was inaugurated by the Honourable Minister of State Aviation, Senator Hadi Sirika, under the chairmanship of the Commissioner, AIB with the following Terms of Reference:

The NCAA wishes to appreciate the effort of the AIB in issuing these safety recommendations adding that the safety recommendations that the Authority had implemented had assisted in improving our processes, led to the development of new and amendment of existing procedures, amendment of regulatory requirements and overall the strengthening of our safety oversight obligations.

“The Authority had also reviewed and analyzed several observations and conclusions in the draft and final reports and had afterwards issued All Operators Letters to address certain safety issues, re-issued documents and heightened its surveillance on certain approved entities. So, the issuance of safety recommendations and their appropriate implementation by the Authority is invaluable to the functions of the Authority.

“The NCAA is progressively ensuring the implementation of its responsibility with respect to enforcing compliance by relevant stakeholders with the AIB safety recommendations. The current procedures to assure the above include the distribution of the safety recommendations to the appropriate technical directorates with oversight responsibilities on the concerned certified entities, requiring their accomplishment with supporting evidences and thereafter providing reports to the office of the Director General for documentations and records.

“It is noteworthy to state that the whole process of management of the output from accident and incident investigation reports, with particular emphasis on the Safety Recommendations, form a major input into the NCAA Safety Oversight System that the NCAA uses to make the necessary safety oversight adjustment in order to maintain the safety resilience of the industry under the new State Safety Programme as required by ICAO.

Also to enable the NCAA comply with the requirements of the Act and the AIB Regulations, he said the Authority has constituted a team of inspectors from the different technical areas and specialties of Airworthiness, Flight Operations, Air Navigation Services, Personnel Licensing and Aerodrome Operations. On receipt of the draft reports on serious incidents and accidents from the Bureau, the team reviews the report in order to enhance its value, determine the necessity (whether to or not) to implement the safety recommendation and where required, develop safety actions to appropriately address the safety recommendations.

“The NCAA’s response is forwarded to the Director General for amendments and acceptability and thereafter to the Bureau. Several Final Reports issued by the AIB contain these safety actions by the NCAA.