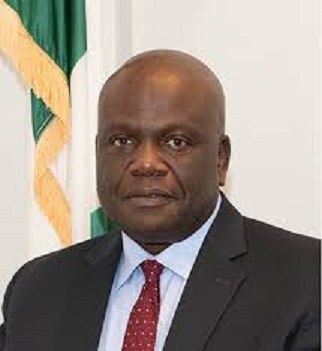 The authority disclosed that this was contained in a detailed audit of the airline by its regulator following the suspension of the airline on March 15, 2021.

The audit which covered management, flight operations, maintenance and economic audit of the airline drew its criteria from Nigerian Civil Aviation Regulations NCARs Part 5, 6, 8,9 & 20 to access whether it was due to return to flight operations.

The regulator in the audited report signed by the NCAA DG, Capt. Musa Nuhu dated April 2, 2021, said the airline violated Section 12 (1) of the Civil Aviation Act, 2006 as regards non-remittance of five per cent of the Ticket Sales Charge and Cargo Sales Charge.

It also accused the airline of failing to meet up its monthly obligation in submitting its financial health report for the months despite several reminders, adding that the last submission was in July, 2020.

“This is evidenced by the airline being indebted to the Authority to the tune of One billion Five Hundred and Forty-Five million, Two hundred and Sixty-Two thousand One hundred and Twenty Naira, Thirty-One kobo (N1,545,262,120.31) as at December 2020.”

It added, “Azman Air Ltd was found to be in violation of Nig.CARs 18.12.6 as regards signing an agreement with the Authority for direct debit. This is evidenced by the delay in signing of the Direct Debit Tripartite Agreement with NCAA.”

Similarly, the report also found out that the airline did not comply with the provisions of Nig.CARs 9.2.2.2 (a) and (e) (2) with regards to the provision of resources and discharge of the duties of the Accountable Manager.

This made it impossible to effectively implement safety and quality management systems functions as required by Nig.CARs 9.2.2.3 and 9.2.2.10, respectively.

The report also observed that the airline did not comply with the provisions of Nig.CARs 9.2.2.2 (e) (2) with regards to discharge of the duties of the Director of Flight Operations thereby unable to maintain safe commercial flight operations.

“This is evidenced by the fact that FDR analysis on the B737 (eg 5N-SYS) revealed a number of exceedances and the DFO could not show any evidence of actions taken to check the trend.

Similarly, the report also found the airline wanting in regards to the discharge of duties of the Chief Pilot, Director of Maintenance and a Safety Manager, thereby unable to maintain safe commercial flight operations.

Moreso, the airline failed to provide a current copy of its Emergency Response Plan, while also failing to make aircraft technical log entries.

It also failed to comply with Aircraft Maintenance Engineers’ training; recorded discrepancies between Azman Air AOC operations specifications and policy and procedures and failed to show that feedback of audit reports was communicated with the Accountable Manager.

Prior to now, the NCAA in a statement on March 19, 2020 stressed that the airline had been involved in three separate incidents resulting in damage to the aircraft.

Hence, the need to carry out a full audit of its Boeing aircraft, thereby grounding the airline over safety concerns.

These turn of events have affected passengers travelling to certain parts of Northern Nigeria who have begun to experience hiked fares since fewer airlines service the routes.