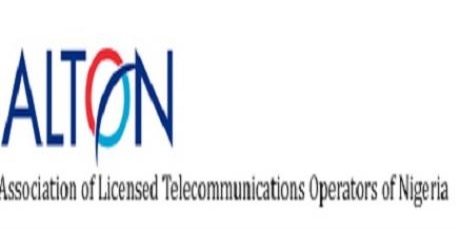 Nigerian Communications Commission (NCC) and the Association of Licensed Telecommunication Operators of Nigeria (ALTON) have advised the Senate to jettison the proposed bill on emergency toll free number, touted as emergency numbers in Nigeria in view of the current upsurge in crime.

NCC and ALTON, said this was not necessary and described it as duplication of efforts, since emergency toll free number already exists in the country.

Senator Gilbert Nnaji, chairman, Senate Committee on Communications, had stated the need for enactment of law that would take care of emergency numbers in Nigeria in view of the current upsurge in crime.

He stated that this facility helps the nations where it is in place, when there are crises.

He said: “It is important for Nigeria to adopt the 191 as the emergency number”, adding thus the decision of the Senate Committee to get industry stakeholders’ inputs on the way forward.

But the NCC stated that the 112 toll free number is the globally recognised number and the ITU’s specific number for emergency calls all over the world.

After several debates on the issue, the Senate Committee Chairman on Communications insisted on dialing the 112 toll free line, just to be sure that the number is really functioning, but unfortunately, there was no response from the number.

Irked by the malfunctioning of the 112 toll free line, the Senate Committee requested to know from the NCC, what happened to the budgetary allocation for the emergency numbers since this has always been included in the NCC’s budget every year and the number is not functioning.

But NCC, insisted that there was no need to have a bill on the emergency toll free number since the existing one is working.

In its submission, ALTON supported the NCC’s position that there was no need for the bill since 112 exist.

Gbenga Adebayo, chairman of ALTON, told the Senate that what needed to be done was to make the number functional and not creating another one.

Adebayo said NCC should be supported by the Senate to make the 112 emergency toll free number work.

Although the security agencies present at the public hearing were all in support of the bill, insisting that it will help in facilitating their work, the Senate Committee chairman however told them that there is still three weeks room for submission of presentation on emergency toll free number bill, and the hearing was later adjourned till further notice.

The bill, titled ‘A Bill for an Act to Establish a Nationwide Toll-Free Emergency Number for the Reporting of Emergencies Throughout the Federation of Nigeria’, seeks to establish a nationwide and uniform toll-free emergency number in Nigeria, which is designated as 191. It also seeks to implement a nationwide system for the reporting of emergencies to emergency service agencies.

Section 5 and 6 of the Bill seeks to grant the NCC with extensive supervisory and management powers and expects it to provide direction in respect of the bill, if passed into law.