The Nigerian Communications Commission (NCC) has released report titled 2019: NCC’s Regulatory Feats, which disclosed that in the year under review, the NCC has carried out a number of regulatory activities towards ensuring increased access to telecoms services,  increased consumer education and protection, boosting security of lives and property, sanitising the industry while also driving other initiatives aimed at boosting innovation in the telecoms sector and continuously galvanising the country’s overall economic growth. 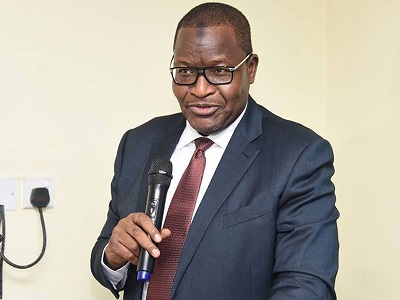 The report further noted that one of the flagship projects which the Commission was commended for in 2019 was the resolve of the Danbatta-lead NCC leadership to pay greater attention to the implementation of the Emergency Communications Centre (ECC) project.

During the year under review, report disclosed that the NCC has activated and increased the number of operational ECC to 17 states of the Federation and the Federal Capital (FCT), Abuja – 18 ECC in all. The list includes: the FCT, Benue, Kwara, Plateau, Kaduna, Kano, Katsina, Ogun, Ekiti, Ondo, Oyo, Edo, Akwa Ibom, Cross Rivers, Imo, Anambra, Enugu and Adamawa. Subsequently, the commissioning of the National Emergency Toll-Free Number “112” and the Katsina State Emergency Communication Centre for the North West Zone was successfully carried out on September 23, 2019. Necessary preparations and arrangements are, however, ongoing towards ensuring successful launch/commissioning of such centres, including publicity and enlightenment in the remaining five (5) geopolitical zones and the FCT, was noted.

“Closely linked to the NCC’s efforts in implementing the ECC Project to boost Federal Government’s drive to promote security of lives and property, was also the Commission’s ongoing efforts towards sanitising the country’s SIM database for increased security in the country. Still with the report, over 24 million invalidly-registered subscriber records were scrubbed (deduplicated) by the Commission via Automated Fingerprint Identification System (AFIS) in fulfilment of the mandate to establish a credible database of telephone subscribers.

The Captioned Photo: The EVC of NCC,Professor Umar Garba Danbatta