The Nigerian Communications Commission (NCC) has reaffirmed how the over 114 million Internet users in the country can be properly protected while operating on online. 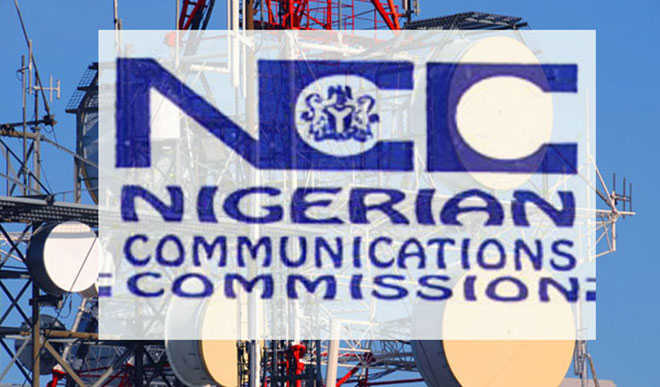 One of the key ways to achieve this, Onwuegbuchulam pointed out is through enlightenment and awareness programmes where consumers are informed on the dangers of cyber crimes as well as learn and observe skills gained through such awareness in order to be protected while on the Internet.

The Consumer Town Hall Meeting was theme: “Mitigating Effects of Cyber Crimes: The Role of Telecom Consumers” held in Uzuakoli, Abia State for the sanitization towards enlightenment and education of the telecom users.

According to Onwuegbuchulam, who was represented at the forum by the Head, Information and Reference Unit at the Commission, Alhaji Ismail Adedigba, said the tripartite programme is one of the initiatives of the Commission to bring together consumers, network operators and the regulator to identify and discuss salient issues bordering on the telecoms industry with a view to jointly providing solutions to identified challenges.

While stating that cyber space covers everything consumers do online or with computing devices including mobile phones, tablets and personal computers, just as the internet touches almost all aspects of human lives, Onwuegbuchulam stressed the need for the consumers to show interest in getting constant enlightenment and be conscious of fraudulent tendencies by some Internet users while online.

The director said that the theme of the event had been carefully chosen for deliberations to effectively educate and inform the telecom consumers on the threats and modus operandi of cyber criminals in the industry and suggest ways by which the consumers can be protected.

She disclosed that as at February this year, there were over 114 million Internet users in the country with over 63 million of them accessing broadband services on 3G and 4G networks.

She said the need to constantly educate is further underscored by the large number of Nigerians online with even more to come online as the Commission intensifies efforts towards implementing its various initiatives aimed at deepening connectivity across the nooks and crannies of Nigeria.

“As access to internet increase, the dimension of cyber criminal activities is also becoming more sophisticated. There is a need, therefore, for the consumers to get enlightened on the dangers of cyber crimes and for them to,  in turn,  take the skills learnt through such consumer engagement programmes as CTM very seriously and apply them when using the Internet in order for keep the cyber space safe for them,” she said.

Onwuegbuchulam noted that the liberalisation of the telecoms industry in 2001 led to an unprecedented growth in the usage and dependence on internet-based solutions, services and applications, stressing that as Internet is being used for legitimate, positive engagements; some individuals also use it for criminal activities in the cyber space.

She, however, stated that aside the continuous consumer enlightenment programmes such as CTM being organised by the NCC, the Commission had also initiated a process to establish an Internet Industry Code of Practice for Internet Service.

“The Internet Code is a regulatory intervention that will not only help to secure the country’s cyber space against imminent threats from cyber attackers but also address such issues as online child protection, privacy and data protection, contents, among others,” she added.

Also addressing audience at the event, the representative of the Consumer Advocacy Group, (Wheel of Hope), Mr. Jide Abdulazeez, who presented the lead paper, called on telecom consumers and other necessary stakeholders to collaborate with the Commission in combating cyber crime in the country.

He added that most of the fora organised by the NCC are geared towards enlightenment and education of the telecom users to become more aware of the things that cane benefits them and those that constitute dangers to them as telecom consumers.

A key highlight of the event was also the setting up of a Complaint Desk manned by the representatives of the Commissions and the service providers which provided opportunity for the consumers to resolve any complaint they had regarding telecom service delivery from the networks of their respective service providers.