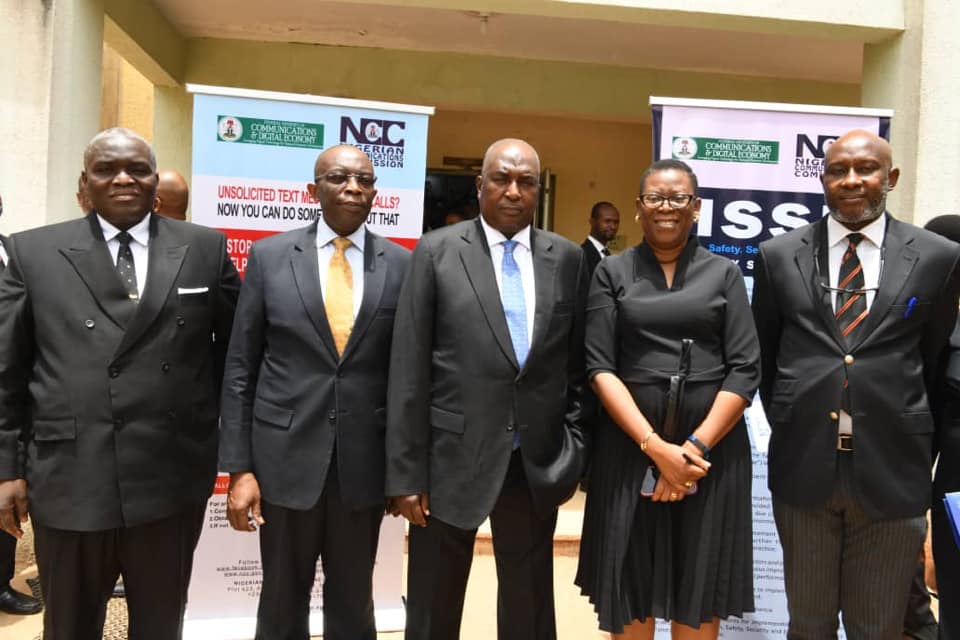 .The Commission has also said the country needed more lawyers with specialisation in telecoms laws and regulations to sustain the industry growth.

Yetunde Akinloye, Director, Legal and Regulatory Services, NCC, made the call during the ‘Meet the Regulator Forum’ organised by the Commission for lawyers and law school students at the Nigerian Law School (NLS), Abuja Campus yesterday (17/03/2020), at the commencement of the sensitisation programme designed for lawyers which will hold in all geopolitical zones to create more awareness about the legal environment of telecommunication regulations.

According to Akinloye, the Nigerian telecoms industry is principally governed by the Nigerian Communications Act (NCA) 2003, which empowers the Commission, as an independent telecoms regulatory authority, to, among others, regulate stakeholders in the sector and implement government’s policy on communications.

Akinloye said the Commission has also been using the Act to protect and promote consumer interests and grant licences to operators, and she also stated that the Act empowers NCC to manage scarce resources such as spectrum and numbering plan, to investigate and resolve disputes in the industry, and to develop and enforce regulations and guidelines in the general interest of the consumers.

She averred that the exercise of the Commission’s powers as enshrined in the Act has helped the NCC to bring about digital transformation in the country with impressive contribution to the country’s gross domestic product (GDP) and to trigger positive multipliers effects on all other sectors of the economy.

According to the NCC Directorof Legal and Regulatory Services, “we have recognised the role of lawyers in telecoms regulations and laws. This is why we have put in place this forum to create a meeting point between NCC as a regulator and legal practitioners. We are here to sensitise you to NCC’s activities from legal perspective, knowing full well that you have a role to play in further development of the sector.”

“More legal practitioners are needed in the country with specialisation in telecoms-related laws in our quest to continue to boost our regulatory frameworks for the continued growth of telecommunications sector,” she said.

He said as the gate-keeper of legal training in Nigeria, Nigerian Law School services are essential for compliance and enforcements. “Being the institution that trains lawyers in the country, lawyers have a peculiar training that sharpens understanding of the essence of regulations and guidelines; and other regulatory instruments used in the telecom industry.”

He said the NCC has considered it imperative to sensitise new wigs and the institution on the activities of the Commission as regulator in order to build a knowledge-based economy in the country. He stated that effective regulation is a key success factor in any economic ecosystem.

“Regulatory activities run on relevant legal instruments that guide service delivery, creating and interpreting these instruments are where lawyers have key advantage and role to play,” Ugwu said.

Ngwoke noted that, in the last quarter of 2019, digital economy fetched Nigeria 13.1 percent (about N2.6 trillion) of the country’s GDP, as against oil and gas, which contributed 11.32 percent in the same period.

He said it is hoped that, “with the recently unveiled National Digital Economy Policy and Strategy (NDEPS) in November 2019 by the Federal Government, and giving other extant necessary legal instruments, the contribution from the entire ICT industry is going to improve significantly.”