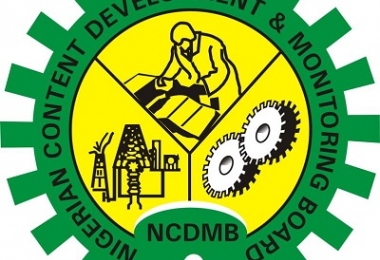 The Nigerian Content Development and Monitoring Board has commended Samsung Heavy Industries, a Korean shipbuilding giant, for transforming Nigeria into a hub for fabrication and integration of Floating Production Storage Offloading unit in Africa.

The Executive Secretary, NCDMB, Mr Simbi Wabote, described SHI’s investment in Lagos as a major breakthrough in the implementation of local content in Nigeria.

Wabote said the successful construction and local integration of the Egina FPSO in the company’s integration and fabrication yard in Lagos was a key success story in the Nigerian content initiative.

“Under the local content implementation, we have seen a major breakthrough with the massive investment by Samsung in Lagos,” he was quoted in a statement as saying while speaking with journalists in Lagos on the local content milestones in the nation’s oil and gas industry.

He said, “The successful construction and integration of the FPSO for the Egina project is worthy of mention, and this is a key success story and this singular asset will bring about massive revenue to the country as we expect other African countries to take advantage of this facility rather than going outside the shores of the continent for FPSO construction.

“Samsung has proved to have efficiently transformed the country into FPSO construction hub, and recall we were doing this in Korea before now.”

According to the statement, a number of records were broken during the construction of the Egina FPSO as the project was the first to meet Nigeria’s new standards for local content as attested to by the NCDMB.

It said, “For instance, out of the 18 modules in the Egina, six modules were fabricated in the various fabrication yards across the country, and integrated locally in the company’s yard in Lagos, unlike the previous FPSOs, which were all fabricated and integrated outside the country.”

The statement said the Korean firm had declared that during the construction phase, “Nigerian parts and expertise were even flown to Samsung’s headquarters in Korea to be installed in the early stages of construction of the Egina before it was sailed to Lagos for final construction.”

“This success story has been made possible through Samsung Heavy Industries’ belief in the potential of Nigerian companies and workers to deliver to their tough, exacting standards. Over 9.7 million hours of time have been spent by the Nigerian workforce, with over 6,000 Nigerians in employment on the project at its peak via Samsung and its partners and subcontractors,” it added.