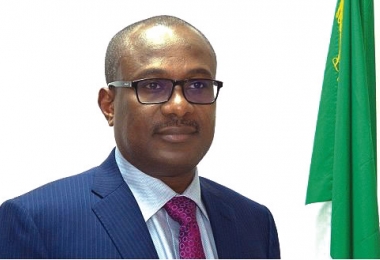 The Nigerian Content Development and Monitoring Board has rejected a total of 1,494 expatriate quota applications, industry data obtained from the Federal Ministry of Petroleum Resources on Tuesday have revealed.

It was also gathered that the NDCMB, however, approved 2,584 expatriate quota applications and that the rejections and approvals happened between 2016 and 2018.

Further data from the FMPR on the authorisations and certifications that were done by the NCDMB during the review period showed that the board did the biometric capture of 1,396 expatriates within the two-year period.

The Federal Government has been pushing for the prioritisation of Nigerian professionals when carrying out jobs that can be done by citizens of Nigeria, as against the excessive use of foreigners at the detriment of locals.

The NCDMB is one of the agencies of the government championing this course, as the board, in October last year, inaugurated a committee that was made up of its personnel and representatives of the Federal Ministry of Interior and the Nigeria Immigration Service with the intent to forge close collaborations in the management of expatriate quota and to grow Nigerian participation in the oil and gas industry sustainably.

The committee, which was inaugurated at the NCDMB Abuja liaison office, was to share information and recommend sanction levels for violators of expatriate quota approvals.

Part of the committee’s terms of reference was also to develop strategies for the issuance of Temporary Work Permit and stemming of EQ abuse by oil and gas companies.

This came as the Nigerian National Petroleum Corporation announced on Tuesday that its Group Managing Director, Maikanti Baru, would be among African oil and gas industry leaders who would join the United States Energy Secretary, Rick Perry, in a private government-to-government meeting on trade engagement between the US and African countries at the forthcoming CERAWeek, an international energy conference taking place in Houston, United States.

NNPC said Baru would on Wednesday address foreign investors at the conference during a special session entitled “Africa: Foundations for New Investment.”