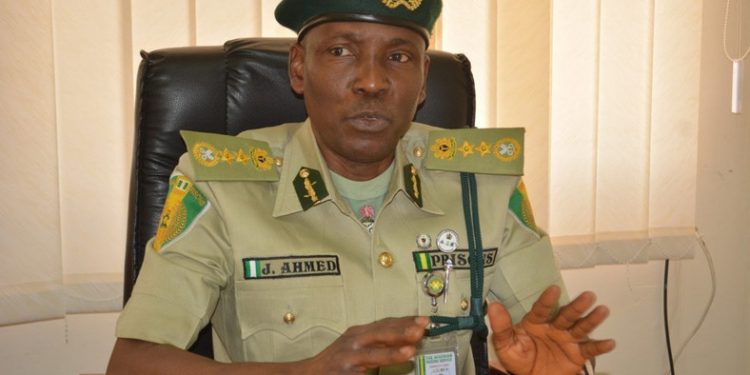 The Nigerian Correctional Service (NCS) has expressed shock over the claim by Charles Okah that he is dying slowly in prison due to lack of access to medical treatment.

NCS described the claim as false, adding that he is receiving proper medical attention.

Okah, who is currently confined to the Maiduguri correctional facility was jailed for life with his co-defendant, Obi Nwabueze, for masterminding the bomb blasts which occurred in Abuja on October 1, 2010 and earlier in Warri, Delta State, on March 15 of the same year in a court presided over by Justice Gabriel Kolawole.

The two convicts were said to have conspired with Henry Okah who was the leader of the defunct Movement for the Emancipation of Niger Delta (MEND).

Henry was jailed by a South African court in 2013 for similar offences and sentenced to 24 years’ imprisonment.

The conviction is currently before the Court of Appeal.

Okah’s claim was contained in a September 3, 2019 letter to the Controller General of the NCS, Ja’afaru Ahmed, by his counsel, C.A Mishael.

He pleaded to be transferred to either Abuja or Lagos for better care. He also said he had been living with a kidney in the last 37 years and his condition was deteriorating in prison.

The NCS Public Relations Officer (PRO), Francis Enobore, who spoke with our correspondent on the development, said Okah is receiving best medical attention in Maiduguri.

“We have qualified medical doctors all over the country that can take care of inmates. Any sickness that our facilities cannot handle, we take it to the nearest government hospital and that is what we have been doing.

“We have not lost any inmates on account of poor medical attention. Yes, it is possible for an inmate to be given treatment and the person may not recover from it which, of course, is not peculiar to a prison environment.

“People in the society also fall sick; they make use of medical facilities and sometimes they are not able to pull through. They do not die because of poor medical attention. The health of every inmate is very important to the Controller General of the Nigeria Correctional Service (NCS) because we do not pray to lose anyone or have any of our inmates undergoing poor health. It does not even pay us because, if the inmate in not feeding well, the officer in-charge and his men will be disturbed.

“So what I am trying to tell you is that wherever our inmates are kept, we have a standby medical team assigned to take care of them. Should everybody in Maiduguru be transferred to Lagos or Abuja before he gets medical attention?”