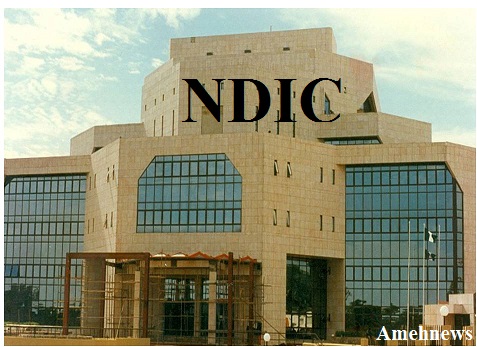 Due to the rising trend as it regards non-performing loans (NPLs) in the Nigeria banking industry, the Nigeria Deposit Insurance Corporation (NDIC) had recommended the prohibition of directors of licensed banks, including microfinance banks (MFBs) and primary mortgage banks (PMBs) from obtaining credit facilities from their respective banks.

The NDIC, Managing Director/Chief Executive, Umaru Ibrahim made this disclosure while delivering a lecture: “The Role of NDIC in Mitigating Corruption in the Nigerian Banks” at the general meeting of the Abuja Chapter of the Alumni Association of the National Institute (AANI).

Ibrahim also disclosed that the banking industry recorded a decline in the rate of successful fraud incidences in the year under reviews and extent of amount of losses in 2016, compared to 2015.

Ibrahim pointed out that although reported cases of fraud and forgeries rose by 36.42 per cent from 12,279 cases in 2015 to 16,751 cases in 2016, the reduction in the rate of successful fraud incidences and actual losses in the year under review was an indication of improved regulatory/supervisory oversight, increased vigilance by banks and the deployment of improved security architecture in the banking industry.

He further disclosed the factors that breeding corruption in Nigerian banks to poor corporate governance, infractions in foreign exchange operations, cumbersome legal process and lack of effective sanctions of offenders, amongst others.

Ibrahim reiterated that the NDIC in conjunction with the Central Bank of Nigeria (CBN) continuously supervise the banks to ensure their strict adherence to sound corporate governance practices.  That issues bordering on unethical financial practices and the resolution of conflicts between customers and their banks were being addressed by the Bankers Committee, he added.

Ibrahim pointed out that the NDIC collaborated with other stakeholders such as the Economic and Financial Crimes Commission (EFCC), Police Special Fraud Unit (PSFU) and the Financial Malpractices Investigation Unit (FMIU) to conduct investigations into banking malpractices. He also stated that the NDIC provided capacity building programmes for the agencies in addition to seconding some NDIC Staff to the institutions to assist them in investigating financial crimes.

Nevertheless, NDIC boss called for continued cooperation and collaboration between regulatory/supervisory authorities, the banks, the general public and the government in the fight against corruption in the banking industry.