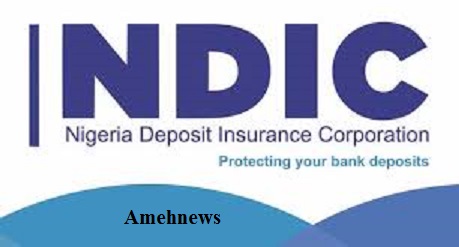 About N11.50billion has been paid to financial institutions, the Managing Director and Chief Executive, Nigeria Deposit Insurance Corporation (NDIC), Umaru Ibrahim, has said.

Ibrahim sad the payments were made to depositors, creditors, shareholders and other stakeholders of closed financial institutions in December, 2017.

He spoke at the NDIC Special Day at the Abuja International Trade on the theme: ‘Enhancing SMEs in Agribusiness through innovative technology’, in partnership with the Abuja Chamber of Commerce and Industry (ACCI), in Abuja, on Tuesday.

Represented by Director of Enterprise Risk Management, NDIC, Peter Hyelamzha, the NDIC helmsman, said the corporation has made a 100 per cent and final liquidation dividends to depositors of the defunct Eagle and Financial Merchant Banks (in-liquidation) which increased the number of banks for which a final dividend of 100 per cent had been declared to 16 in 2017.

He said NDIC, in collaboration with the Central Bank of Nigeria (CBN) conducted an on-site and off-site supervisions of 25 Deposit Money Banks (DMBs) and one Non-Interest bank (NIBs).

The supervision, he said, was extended to 1,008 Micro Finance banks (MFBs) and 38 Primary Mortgage Banks (PMBs) using the Risk Based Supervision (RBS) approach and Consolidated Risk Based Examination of three banks with Holding companies in a bid to ensure financial system stability in the country.

He said: “The Corporation continued to make strenuous efforts in its debt recovery drive even in the face of all odds. Total recoveries from debtors of failed banks by the NDIC in 2017 amounted to N368.43 million which brought cumulative recovery from debtors to N28.84 billion.

“Presently each depositor of Deposit Money Banks (DMBs), Noninterest Banks (NIBs) and Primary Mortgage Banks (PMBs) is insured up to a maximum limit of N500, 000; while the maximum insured coverage for depositors of Micro Finance Banks (MFBs) is N200, 000.

“However it is important to also stress that depositors who have funds in excess of the insured limits are paid dividends from the liquidation of failed banks depending on the quality of their assets and the outcome of debt recoveries by the Corporation.

BoI’s $1.5b for manufacturers, others