The Niger Delta Power Holding Company (NDPHC) is set to commission 20,000 units of Solar Home System (SHS) and 1,073 solar powered boreholes across communities in the northern region of Nigeria.

Speaking at the launching of SHS Project in Abuja, the Managing Director/Chief Executive, NDPHC, Chiedu Ugbo, stated that “with the Solar-Home-System initiative, NDPHC will be actively involved in the process of bringing power to rural communities, thereby stimulating social and economic activities in the rural communities located off the grid. 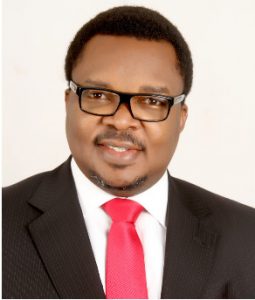 “Under the first phase of the programme, NDPHC will deploy about 20,000 units of solar home systems to the underserved rural communities with no access to grid electricity supply. NDPHC has deployed 200 units of the SHS as pilot programme here in Wuna.

“The beneficiaries of the 20,000 units are among the already identified communities of the nineteen (19) Northern States of the Federation. The units will be deployed within a period of twelve (12) months.

“In order to vigorously drive this initiative, NDPHC engaged Azuri Technologies Group/Azuri Solar Power Nigeria Limited in July 2016. They are to ensure that the first phase of the initiative is achieved within 12 months.”

Besides, he stated that the solar project is also directed at auditing and re-activating 1,073 solar powered boreholes. “Already two of these boreholes are located in Wuna Community and are the first to be repaired and has provided access to clean water for the community. Villagers in Wuna can now make more efficient use of their time rather than spending hours operating manual pumps,” he said.

Wuna community, with an estimated population of 800 people is predominantly a community of farmers without access to the electricity grid. Before now, they spent money on torchlights, candles, kerosene lamps and petrol generators.

Moreover, NDPHC boss highlighted the achievements of the company which included the expansion of 36 Transmission Company of Nigeria’s 330kV and 132kV substations across the country and the construction of 1,635Km of 330kv Double Circuit lines; 720km of 132kV Double Circuit lines; 10 new 330kV substations, seven new 132Kv substations,  6,150MVA of 330/132kv transformation capacity, 2,800MVA of 132/33kV transformation capacity; and the provision of over 25,000 complete self protection (CSP) transformers.

Furthermore, he explained that in November last year, the Honorable Minister of Power, Works and Housing, commissioned the 12-circuit Ikot-Ekpene 330KVA Switching Station and the associated transmissions lines with a total of about 285KM completed by the new management. “These projects are now assisting in evacuating into the national grid, electricity hitherto stranded in the Eastern Delta,” he stated.

The NDPHC was set up as a fast track power sector infrastructure development In November last year, the Honorable Minister of Power, Works and Housing, commissioned the 12-circuit Ikot-Ekpene 330KVA Switching Station and the associated transmissions lines with a total of about 285KM completed by our new management. These projects are assisting in evacuating into the national grid, electricity hitherto stranded in the Eastern Delta.

NETSHOP rakes in N3m from half year operation