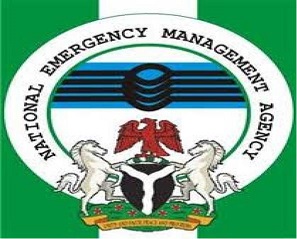 The Vice President Yemi Osinbajo is the statutorily heads the Governing Board of National Emergency Management Agency(NEMA) which following a report of the Economic and Financial Crimes Commission (EFCC) indicted the agency of billion missing, suspended six directors of the agency about a week ago.

Osinbajo warns board members against corruption adding that the Presidency is not taking kindly to a recent invitation by the House of Representatives to VP to appear before an ad hoc committee.

The Ali Isa-led committee wants Osinbajo to appear before it on why six directors of NEMA, who were implicated in an N2.5billion fraud, were suspended.

The Presidency, The Nation gathered last night, considers the invitation an affront to its anti-corruption campaign and a plot to frame up Osinbajo ahead of the 2019 polls.

Sources hinted that Osinbajo may not appear before the House Ad Hoc Committee.

An investigation by The Nation revealed that the Presidency was shocked by the decision of the committee to summon the Vice President over the suspension of the directors.

It suspects that the move could be a smokescreen to frame him up ahead of next year’s polls.

“The Presidency felt slighted by the attitude of the Ad Hoc committee to the Vice President when it is obvious that the suspension of the directors was based on an investigation conducted by the EFCC,” a well placed source said.

“It is more irritating to the government that the suspended employees went to report their employer (the Board of NEMA) to the Ad Hoc Committee of the House.

“The Presidency sees the directors’ action as an attempt to use the House to cover up their tracks. This is a case of corruption fighting back.

“This is the same VP that has been in the vanguard of smothering the fragile relationship between the Executive and the Legislature.

“Ordinarily, the VP enjoys constitutional immunity and if there was no more to the issue, the Ad Hoc Committee should not have summoned Osinbajo.”

The government source said the VP might not appear before the Ad Hoc Committee because a pre-determined agenda is being suspected by the presidency.

“There is a strong suspicion that some forces are hell bent to rubbish the Vice President ahead of 2019 polls,” the source said.

“The VP personally felt slighted from the security reports available to him.”

The EFCC had submitted a March 1, 2018 report on alleged fraud in NEMA to the Vice President.

According to the EFCC, the  investigation bordered on “alleged case of conspiracy, abuse of office, misappropriation and diversion of public funds reported to the office of the Vice-President, Federal Republic of Nigeria against the former Director General of the National Emergency Management Agency (NEMA)  and others forwarded to the commission for discreet investigation.”

Some of the alleged sharp practices uncovered by the EFCC are:

Whereabouts of N166m out of N285m realized from the commercialization of NEMA’s air ambulance;

N238million NEMA cash placed in Fixed Deposit by a director

Interest on Fixed Deposit diverted single-handedly by a director

Some directors have about 5 to 20 accounts

Frivolous emoluments claims that were wrongly processed by Directors and some officials of the agency.

The report says in part: “From the investigation carried out so far, officials could not account for funds transferred from NEMA account to their personal accounts.

“Furthermore, the issue of companies incorporated by the officials of NEMA who are Public Servants is against the Public Service Rules. This is more so as the companies are active and still receiving funds in some cases from NEMA.

“There were frivolous emoluments claims that were wrongly processed by Directors and some officials of the agency.

“Against this background, EFCC is of the opinion that placing the officials involved under suspension will assist the successful completion of our investigation. “ This is the only way the commission can have unfettered access to all the necessary documents that will aid our investigation. It is therefore recommended that the Officials who are already indicted in the case be placed on suspension pending the conclusion of the investigation.

“”The aspect of fake IDP camps and relief materials are still being investigated.  Investigation is still on-going and further developments will be communicated.