Kindly Share This Story:
Netflix now worth more than ExxonMobil as value reaches $196bn Netflix has become a more valuable company than the US oil giant ExxonMobil, as the streaming service benefits from increased viewing of television and films during coronavirus lockdown, the Guardian reports.

Netflix, Inc. (/ˈnɛtflɪks/) is an American media-services provider and production company. The company’s primary business is its subscription-based streaming service which offers online streaming of a library of films and television programs, including those produced in-house. Netflix, which has more than 160 million subscribers globally, was boosted by the success of original content released after lockdown measures were imposed around the world, such as the seven-part documentary series Tiger King, which tells the story of Joe Exotic, an eccentric breeder of big cats.

Shares in the company moved 5% higher in early trading on Wall Street on Thursday to a new record high of $448 (£360), taking its market value to $196bn. At the same time ExxonMobil’s share price fell 3% to $39.30, giving it a market capitalisation of $166bn as the price of oil slumped. As recently as 2013 the company was the most valuable in the world, but is now worth about 13% as much as tech titans Apple and Microsoft.
The service’s rivals, such as Amazon’s Prime Video, with an estimated 118 million users, and Disney’s new streaming service, also benefited from new users. Disney+ only launched in the UK and other western European markets in February, and has already doubled its global subscriber base to 50 million.
Such has been the demand for streaming services that Netflix, Amazon Prime, YouTube and the BBC’s iPlayer agreed at the start of the lockdown to reduce the speed of their streams across Europe to ensure broadband networks could cope with significantly higher usage.
Netflix is among Wall Street’s so-called Faang stocks, the most popular and best-performing US technology companies. The acronym also includes Facebook, Amazon, Apple and Google.
Amazon and Netflix investors have shrugged off concerns about the effect of the pandemic on Netflix’s scripted TV and film production in the US, which have been paused. 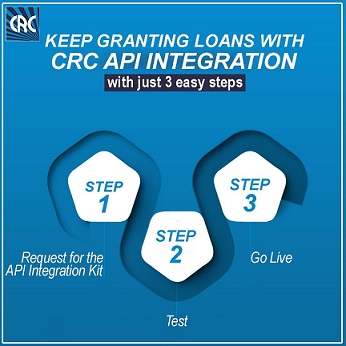 Meanwhile, ExxonMobil and other oil giants, including the UK firms BP and Royal Dutch Shell, have seen their share prices tumble as demand slumped to the lowest level in 25 years.
The International Energy Agency (IEA) warned the biggest oil production cuts in history would not be enough to offset the huge fall in demand, to levels not seen since 1995, even if travel restrictions are eased in the second half of the year.
Earlier this month ExxonMobil announced it would reduce its spending by a third this year, a reduction of $10bn, as it scaled back plans to cope with the fall in global oil prices. The cuts will be concentrated in the US’s Permian Basin, located in Texas and New Mexico.
Source: theguardian.com

Looking to Be Entertained This Long Weekend? Get GOtv Max!

Kindly Share This Story:It’s a long weekend and GOtv is making it extra special with…

Experts calls on marketers to rethink their strategy as social distancing and other disruptive trends water down marketing landscape, post COVID-19 era