Kindly Share This Story:
The Central Bank Governor, Godwin Emefiele, has said 10,000 direct jobs will be created and 25,000 people engaged at the clusters that will be constructed at the National Theatre by the banking sector. 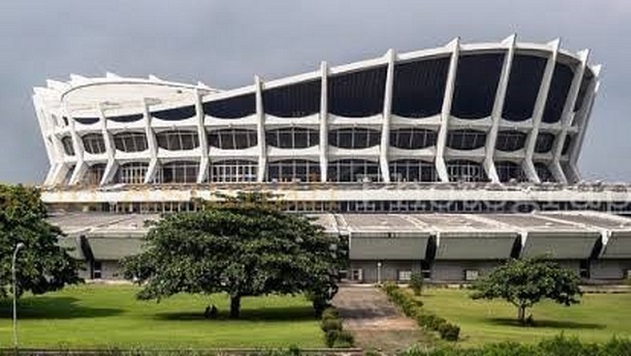 A statement on Sunday said he spoke during the handover of the National Theatre to the Bankers’ Committee on Sunday.

He said, “We anticipate that there would be at least 10,000 direct and indirect jobs created during the construction of the Lagos Creative & Entertainment Centre.

“We also project that over 25,000 people will be engaged in different sections of the centre when the signature cluster is completed, with anticipated multiplier effect of other job opportunities.”

He disclosed that the Bankers’ Committee was providing funding for a prototype cluster located to the north of the National Arts Theatre, a development which it had labelled the “Signature Cluster.”

The facility, he said, would be a convener – providing space, support network, business development and community engagement for the creative, cultural and technology sectors.

READ ALSO THIS: New Down On National Arts Theatre As Bankers’ Committee Takes Over

Emefiele explained that the Signature Cluster would consist of a building each for music, film, fashion and information technology verticals.

In addition to these, he said, a welcome/visitor’s centre, police and fire stations, and structured parking for up to 500 vehicles would be built.

He said consequently, the 44-hectare site adjourning the National Theatre would be developed and utilised for the development of purpose-built creative hubs for the fashion industry, music and film as well as information technology.

The aim, he said, was to deliver a successful creative and entertainment city that would encourage additional investment into Nigeria’s creative industry.

The CBN governor said the parcel of land, which was currently a polluted storm water retention basin, would be dredged, with the expectation that the Ebute Meta creek would be re-instated to ensure adequate flushing and free flow of clean water.

He said to ensure the National Arts Theatre and the adjoining entertainment hubs retained their decent and magnificent ambience, upon completion, the Ministry of Information and the CBN/ Bankers’ Committee would ensure that the edifice was managed by a world class facility manager to be appointed using competent/ reputable consultants.