General Electric lifer John Flannery used to oversee business development for the whole conglomerate. Sounds like a perfect fit as new CEO of a company whose shares have dropped almost 20% this year. 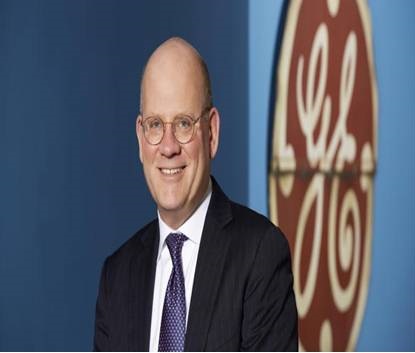 It’s his first day on the job, and General Electric Co. (IW 500/6) ’s new boss already has gotten an earful from shareholders.

In an email to employees Tuesday, new GE CEO John Flannery said he’s met with 100 investors in the past month who are clamoring for better execution on financial targets including cost cuts. GE has fallen the most this year on the Dow Jones Industrial Average amid choppy earnings and investor concerns over cash flow.

“We need an intense focus on running the company well,” Flannery, 55, said in the message. Shareholders “also expect more accountability internally and externally and asked that we find a way to simplify our metrics. I heard them loud and clear.”

The comments offer a fresh glimpse into the new CEO’s priorities as he takes over from Jeffrey Immelt at the helm of the manufacturing giant. Flannery, a 30-year company veteran who most recently ran the health-care division, is conducting a review of GE’s businesses ahead of a detailed briefing in November.

Under Immelt, who stepped down as CEO on Monday and will stay on as chairman until the end of the year, GE increased its focus on building heavy-duty equipment such as jet engines and gas turbines. It also invested in improved digital capabilities while exiting most consumer and lending businesses.

Shares Are Down … Way Down

The Boston-based manufacturer agreed earlier this year to deeper cost cuts through 2018 following discussions with shareholder Trian Fund Management, the firm co-founded by Nelson Peltz. GE fell 0.6% to $25.47 at 2:55 p.m. Tuesday in New York. The shares had slumped 19% this year through Monday, while the Dow advanced 11%.K

Investors “understand the importance of GE in the world but they think we are underperforming,” Flannery said. In addition to improving execution, Flannery said he wants to be sure GE is listening to customers’ needs and assembling a strong team built on “transparency and candor.”

The new CEO, who joined GE in 1987, has a bachelor’s degree in finance and a Wharton MBA. He held roles in the GE Capital finance operations in the U.S. and abroad, and later oversaw business development for the whole company. As CEO of GE Healthcare beginning in 2014, Flannery boosted sales and profits.

In Tuesday’s note, Flannery recalled his first day at GE and said calling himself CEO now “seems a bit surreal.”

Automakers Toyota, Mazda to Invest $1.6 Billion to Build US Plant

US govt. approves N360m grant for development of modular refinery in Nigeria