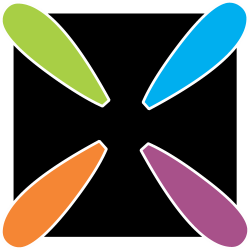 The world of football and sports in general in the West African nation of Ghana is about to have a special facility that promises to make the lives of aspiring footballers players and other athletes easier.

Keerapa Active (http://KeerapaActive.com), a new Ghanaian brand of sports and leisure facilities, is launching today a crowdfunding campaign on IndieGogo, at https://bit.ly/2DtLmvK, to advance the construction of a professional-grade sports facility that also intends to fulfill a social mission.

“The dreams and aspirations of those in our country who want to become professional athletes or football players are dragged down by the existing reality. Aspiring athletes need to practice their skills in extremely poor conditions, in terms of the facilities that exist and are available today, which flies in the face of our national love for football and sports. As Ghanaians, we are almost obsessed with football, for example, but we do not support the creation of infrastructure that makes it possible to unleash the recognized potential of our football talents,” stated – David Amekpor, Founder/CEO of Keerapa Active and author of this crowdfunding campaign.

The West African sports startup is trying to step into new grounds by using crowdfunding to fund this facility. Contrary to what happens in North America and Europe, where crowdfunding initiatives raise hundreds of thousands and even millions of dollars, crowdfunding for African projects is often made difficult due to suspicion from many audiences and lack of engagement from local African audiences of potential backers.

“With this campaign, we have two goals,” David added. “We want to fund the creation of the Keerapa Active high-quality sports facility, and, at the same time, prove that a crowdfunding campaign on IndieGogo, as long as it is undertaken in a professional way, can help people in Africa to accomplish their dreams as much as it helps people in other parts of the world to do the same,” the crowdfunder asserted.

Keerapa Active has already some accomplishments to present as a resume. In March of 2018, the group organized a tournament to raise awareness about 5-a-side Football in Ghana, and its success motivated the plans which are under development to organize a new tournament in March of 2019. However, the group struggles with a lack of its own facilities, which means that a complicated organizing process is required in order to make the existing quality facilities both available and affordable to people who struggle with limited resources.

“That’s why we have developed a plan to create a network of high-quality sports and leisure facilities that will be affordable and available to Ghana’s communities of athletes and sports enthusiasts. These facilities will be open and available to people from all walks of life because we don’t think that someone who could become a great football player shouldn’t get a chance of reaching that goal just because he can’t enter an Astro Turf pitch field,” claimed David.

A football pitch with the possibility of also being used for other sports activities that provides Astro Turf, an all-weather, durable and synthetic surface which looks like natural grass but which offers a surface that is more consistent, uniform and reliable than conventional grass fields.
Daily programs of engaging and competitive leagues and tournaments between football schools, along with other football development programs.
Affordable plans to allow aspiring football players from all walks of life and resource-restrained football schools to have a real and accessible chance of using Keerapa Active’s facilities for practice, training and tournaments.
The possibility of offering other sports schools, teams and athletes the chance of gaining access to Keerapa Active’s facilities in affordable conditions, so that they too can improve the skills of their athletes in a professional level environment.

This first facility will be created in Sogakope, the capital of Ghana’s South Tongu district, and $100,000 in total will be required to take the project forward. The team behind Keerapa Active, based on their experience in management, has plans underway to secure $50,000 domestically while raising the other $50,000 through the crowdfunding campaign launched today 3pm on IndieGogo.