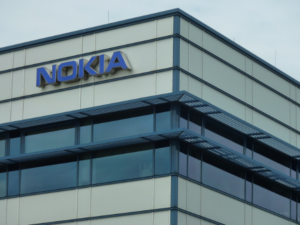 Vodafone New Zealand chooses Nokia to deploy a 5G network in the country.

Multinational telecommunications company, Nokia has been awarded a contract that will allow it to bring the first 5G network to New Zealand. The announcement came on Thursday, 8 August 2019, following a campaign launched by Vodafone New Zealand unveiling its 5G network plans.

According to the agreement, Nokia will supply and integrate a 5G network for Vodafone New Zealand, launching in Auckland, Wellington, Christchurch and Queenstown in late 2019 — it will also include Nokia’s AirScale radio access network, cloud-native core and design services.

Nokia says that their 5G portfolio offers operators the necessary flexibility and capabilities to deliver 5G services to both consumers and enterprises.

“We are excited to be joining forces with Vodafone New Zealand, our partner of over 20 years, to bring 5G to New Zealand,” says Tommi Uitto, Nokia’s President of Mobile Networks. “With this agreement, we will enable Vodafone New Zealand to deliver 5G services to their customers and create an even more connected society.”

Commenting on the agreement, Tony Baird, Technology Director at Vodafone New Zealand says “we are excited to be working with Nokia to deliver a commercial 5G network for Vodafone and New Zealand, building on our proud heritage of being first to deliver to Kiwis, the best mobile technology available at the time, including 2G, 3G, 4G and now 5G”.

“This is a tremendous milestone for Vodafone NZ and Nokia, particularly since 5G already has mindshare amongst consumers and enterprises in New Zealand”, says Phil Marshall, Chief Research Officer of Tolaga Research. “It marks the next chapter in a long and prosperous partnership between Vodafone NZ and Nokia, and is testament to the robustness of Nokia’s 5G portfolio.