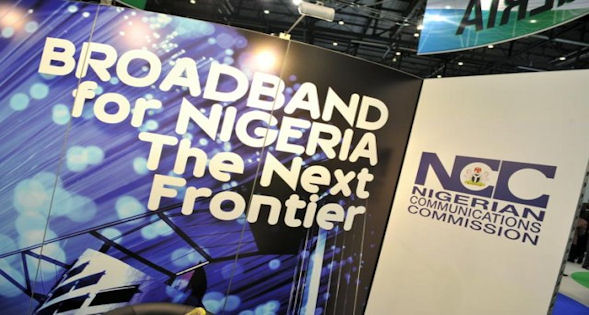 In view of this, the Commission regularly conducts studies and surveys and produces reports on the telecommunications industry, and telecommunications operators are obligated, under the terms of the licenses, to provide the NCC with such data on a regular basis for analytical review and publishing.

The latest Nigerian telecommunications industry data as gathered from regular studies, surveys and reports, conducted and collected by the Nigerian Communications Commission (NCC) showed the broadband subscriptions and penetration data on monthly bases stood at 78784226 from 76618992 previous represent 2165234 while penetration stood at 41.27percent from 40.14percent previous representing 1.13percent grow respectively.

For simplistic view see chart below

Amehnews recall the Minister of Communication then, Mrs. Omobola Johnson reacting to the statement by the International Telecommunications Union (ITU) called for national broadband policy in Nigeria adding that it is the next big thing in the global economic revolution saying that the goal of the Nigerian government is to achieve one national network capable of delivering broadband speeds not less than 50 per cent of the average speeds available worldwide at the consumer end within the next five years.

Since then several commitment has been made government to the deployment of fibre optic cables to facilitate faster internet access to reduce cost to the end user which has gradually brought down the cost of internet over years.

According to experts, any country seeking growth, job and wealth creation must address how it can increase its access to broadband and if governments can improve broadband penetration in the continent most Africans would have increased access to the internet.

Today, people are realising their life goals due to broadband services with greater access to researches and findings about education, culture and entertainment.

“To achieve broadband penetration in Nigeria infullest, there is the need for government to encourage and enforce the principle of open access and infrastructure sharing to already built transmission networks in order to facilitate an integrated national backbone,” the minister Johnson said.

According to the research which showed the full implementation and examines the progress made in the deployment of this critical infrastructure through the National Broadband Plan in the country was designed in 2013 to cater to the broadband challenges of today and take care of telecommunications issues that may evolve over time. The plan addresses broadband infrastructure deployment, service pricing as well as adoption and utilisation of broadband, particularly in schools and tertiary institutions of learning.

It also provides timelines for the implementation of the various aspects of the plan.

It recognises short-term (2013), mid-term (2015) and long-term (2018) performance goals that will culminate in the attainment of 30 per cent broadband penetration by next year.

Speaking on the objectives of the national plan with The Punch, the Chief Executive Officer, MainOne, Ms. Funke Opeke, was quoted saying it aims at accelerating high speed Internet and broadband access to boost the nation’s economic growth. According to her, the National Broadband Plan creates a road map for the licensing of operators to fill critical gaps in regional, metropolitan and last-mile infrastructure as well as increase spectrum allocation and optimisation.

Nevertheless the Federal Government has said it will strive to grow the country’s Broadband penetration to 70 per cent by 2021 with a $100 million loan from the Government of India. This was disclosed by the then Minister of Communication, Adebayo Shittu, and the Executive Vice Chairman of the Nigerian Communication Commission (NCC), Prof. Umar Garba Danbatta, in Abuja at a conference with the theme: “Post Nigeria National Broadband Plan 2013 to 2018” organized by the Association of Telecommunication Companies of Nigeria (ATCON).

Although Nigeria’s Broadband penetration level is currently 41.27 per cent, mostly in urban areas, the Government said the $100m loan facility would increase penetration to the rural areas.