Kindly Share This Story:
Nigeria through the Standards Organisation of Nigeria (SON) led the votes in being elected into the first ever six (6) member, Standards Management Committee (SMC) of the African Organisation for Standardisation (ARSO) recently. 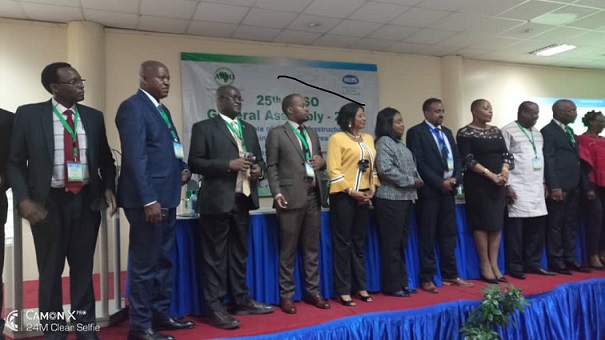 Other elected Members States into the SMC were Kenya with nineteen votes, Burkina-Faso, South Africa, Uganda and Zambia.

The SMC was approved as a component of the revised procedures for harmonization of African Standards (ASHAM) by the 61st Council meeting of ARSO held in November, 2019 in Lusaka, Zambia.

It is charged with the responsibility of coordinating the management and timely execution of the procedures, due process and Standards harmonization programmes of ARSO.

The committee would amongst others also be responsible for:

–      appointment of Chairpersons of TCs;

–      allocation or re-allocation of secretariats of TCs and, in some cases,
Subcommittees (SCs);
– approval of titles, scopes, programmes of work of TCs;

–     approval of the establishment and dissolution of SCs by TCs;

–    recommending Final Draft African Standards (FDARS) proposed by
TCs for approval by Council;
– coordination of the technical work, including   assignment of responsibility for the development of standards regarding subjects of interest to several TCs etc.

The Secretariat of the SMC according to the ARSO Secretariat, would be held by Regional Economic Communities (REC) on a rotational basis for a period of three (3) years each.

This according to Mallam Farouk, would ensure that Nigeria benefits optimally from being a signatory to the agreement as well as similar international trade treaties.

Nigeria was a founding member of the continental standardisation body and has twice headed the Secretariat as Secretary General as well as held the office of ARSO President.