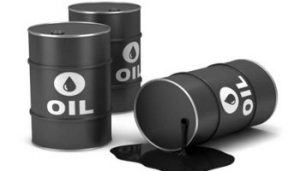 For the third consecutive month, Nigeria failed to comply with the new quota given by the Organisation of Petroleum Exporting Countries as it produced far in excess of its cap.

OPEC and 10 non-OPEC countries agreed in December to cut oil production by 1.2 million barrels per day effective from January for an initial period of six months to help balance the market and support prices.

Nigeria, which was exempted from the previous production cuts deal, agreed to a quota under the current accord. With a reference level of 1.738 million bpd , the country was given a new quota of 1.685 million bpd .

In February, the country pumped 1.88 million bpd , 190,000 bpd above its cap, according to S&P Global Platts’ survey of industry officials, analysts and shipping data.

The data for March indicates Nigeria hasn’t yet mended its ways as it boosted output once again, this time by 90,000 barrels per day to a three-year high of 1.92 million bpd , according to Bloomberg.

The non-compliance of Nigeria and Iraq is being more than offset by Venezuela, which was exempted from the pact to deliberately decrease supplies because its unplanned losses have been so extreme.

OPEC oil supply sank to a four-year low in March, a Reuters survey found, as top exporter Saudi Arabia over-delivered on the group’s supply-cutting pact while Venezuelan output fell further due to sanctions and power outages.

The survey suggests that Saudi Arabia and its Gulf allies are pressing ahead with even larger supply cuts than called for by OPEC’s latest deal, shrugging off pressure from US President Donald Trump to increase supply. Last week, Trump again called for OPEC to pump more oil to lower prices.

Crude oil is trading above $68 a barrel, close to 2019 high, boosted by the Saudi move and involuntary supply curbs in Venezuela and Iran, which are both under US sanctions that limit their exports.

In March, the 11 OPEC members bound by the new agreement achieved 135 per cent of pledged cuts, the survey found, up from 101 per cent in February and a high rate by OPEC standards.

The biggest drop in supply came from Saudi Arabia, OPEC’s biggest producer, which pumped 220,000 bpd less than in February, the survey showed.

Saudi Arabia has reduced production from a record 11 million bpd in November due to concern about a potential glut, although the survey showed that supply fell slightly less than the kingdom had indicated.

Some sources in the survey put Venezuelan production in March as low as 650,000 bpd . Supply to the market did not fall this low, according to export data, which points to shipments of 800,000 bpd or more despite stoppages.

Output in Venezuela, once a top-three OPEC producer, has been declining for years due to economic collapse.

The survey showed Kuwait and the United Arab Emirates also delivered larger cuts than required under the deal, while Iraq, a laggard on compliance in the last round of cuts, reduced supply as exports from the country’s south fell.

Among OPEC countries in the supply pact, Nigeria overproduced by the largest amount, the survey found. The start-up of Total’s Egina field helped boost output.

Nigeria says the Egina field produces condensate, a type of light oil excluded from the OPEC cuts. The survey includes the field based on Total’s listing of it as a crude producer.