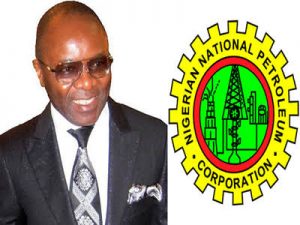 The Minister of States for Petroleum Resources, Dr. Ibe Kachikwu, has disclosed that he would in the coming weeks attend the Offshore Technology Conference (OTC) in Houston, Texas, United States to woo potential bidders for Nigeria’s upcoming marginal oil field bid rounds.

Kachikwu stated this at a networking dinner held last Wednesday night at the the maiden Nigeria Oil and Gas Opportunity Fair (NOGOF) which was initiated and organised in Uyo, capital of Akwa Ibom State by the Nigerian Content Development and Monitoring Board (NCDMB) to showcase opportunities for advancing local content application in the country’s oil industry.

The minister explained that he would attend the OTC this year in Houston to market Nigeria’s marginal oil fields bid rounds to potential investors. He also noted that the rounds could be completed between 2018 and 2019.

The OTC is an annual oil industry showpiece where energy professionals usually meet in the first week of May to exchange ideas and opinions that could advance scientific and technical knowledge for offshore oil resources and environmental matters.

It is often regarded as the largest event in the world for the oil and gas industry featuring more than 2,300 exhibitors, and attendees representing 100 countries. The conference was founded in 1969.

While Kachikwu did not disclose the number and locations of the marginal oil fields that would be up for bid in the process which is expected to start with his planned Houston roadshow, it is however thought that the fields could be located within the onshore basins and continental shelf.

The government had initially stated that it would conduct a licensing round in 2017 for the allocation of marginal fields, to raise revenue for the country and also grow oil production to meet its production target of four million barrels per day and 40 billion oil reserves.

Also, the Department of Petroleum Resources (DPR) has stated that it would not be in a hurry to grant operational licences that would formalise the operations of illegal oil refineries in the Niger Delta until standard Environmental Impact Assessment (EIA) studies have been conducted on the illegal refineries and their locations.

Speaking yesterday at a technical session on opportunities and challenges in the Nigerian oil and gas industry at the NOGOF, the Assistant Director, Planning and Budget at the DPR, Mr. Wole Akinyosoye, said there were differences between modular refineries and illegal refineries, and that both must not be confused to mean the same thing.

Akinyosoye who represented the Director of DPR, Mordecai Ladan, at the conference, explained that the Department would require a comprehensive EIA from operators of the illegal refineries, after which it would undertake deep studies of them before deciding on operational licenses for them.

He noted that DPR had in the past issued multiple number of licences for modular refineries construction and had also requested for detailed EIA study of the locations of the refineries as provided for in the National Environmental Guidelines and Standards for the Petroleum Industries in Nigeria (EGASPIN).

Akinyesoye added that beyond the EIA report, there were other requirements needed to be fulfilled before licenses for such refinery construction would be granted.

The government had recently stated its intention to formalise the operations of all viable illegal refineries in the Niger Delta as part of its plan to end the menace of militancy and criminality in the region. This plan was subsequently backed by the Nigerian National Petroleum Corporation (NNPC) which stated that it would be an antidote to criminality and vandalism of oil facilities in the region.