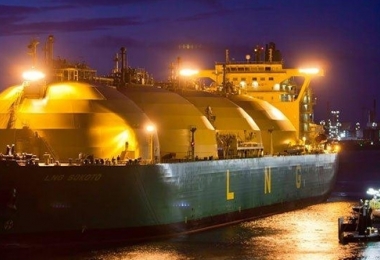 The Federal Government agency stated this in its monthly report given natural gas production figured in January 2020.

The report maintained that the production translated to an average production of 8164.23 Million Standard Cubic Feet (mmscfd) per Day.

The report also noted that a total of 3,128.57 BCF of gas was produced showing an average daily production of 7,937.25mmscfd during the period under review.

The NNPC further hinted that the production was from Joint Ventures (JVs), Production Sharing Contracts (PSCs) while other contribution of about 69.17 per cent, 21.59 per cent and 9.24 per cent came from NPDC, which led to the total national gas production.

“This translates to a total supply of 1,167.80 mmscfd of gas to the domestic market and 3,708.23 mmscfd of gas supplied to the export market for the month,” the report stated.

The organisation explained the report indicates that 59.89 per cent of the average daily gas produced was commercialised while the balance of 40.11 per cent was re-injected, used as upstream fuel gas or flared.

According to the report; “the reprint said a total export sale of $434.85 million was recorded in January 2020; increasing by 94.30 per cent compared to last month.

“Crude oil export sales contributed $336.65 million (77.42 per cent) of the dollar transactions compared with $136.36 million contribution in the previous month; while the export Gas sales amounted to $98.20 million in the month.

“The January 2019 to January 2020 Crude Oil and Gas transactions indicated that Crude Oil & Gas worth $5.18 Billion was exported”.

“Contribution from Crude oil, according to the document, amounted to $361.19 million while Gas and miscellaneous receipts stood at $91.12 million and $174.48 million respectively,” NNPC said.

The above mentioned the report pointed out that the total export crude oil and gas receipt for January 2019 to January 2020 stood at $5.48 billion.

“Out of which the sum of $3.81 billion was transferred to JV Cash Call as first line charge and the balance of $1.67 Billion was paid into Federation Account,” NNPC maintained.