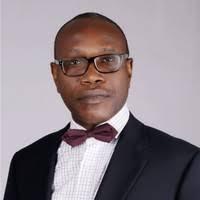 Noting that the country needed to establish more free trade zones, he said the specialised zones would boost skills development and job creation.

He said: “This, we can do by establishing talent hot-spots for young people, skill acquisition centers and all such job creation out-fits that can ignite production at the grassroots.”

Adesugba, also said the authority was ready to partner relevant companies to deploy technology and innovation in the operation of the country’s 42 free trade zones.

Speaking when he received the Country Partner at Future Africa, Mr. Iyinoluwa Aboyeji, who paid him a courtesy visit, the NEPZA boss said the youths remained the technology talent hub which could be leveraged to create wealth for the country.

He said technology remained the quickest accelerator of modern business, adding that the authority is desirous of establishing more economic zones to attract Foreign Direct Investment (FDI), support revenue generation and value for the economy.

He said: “Nigeria stands out when we talk about innovation and technology in Africa, but we may have to engage in the training of our youth to redirect their psychic to exploit the systems more positively.

“We have a dream of being at the forefront of the industrialisation of Nigeria. The free trade zones are supposed to be the foreign countries in our country that relentlessly promote industrialisation through the creation of wealth, free tax regime, seamless infrastructure and transportation system to drive the process.”

Aboyeji however, expressed delight over what he described as an open-door policy of the new NEPZA boss, adding that his appointment only indicated how President Muhammadu Buhari was genuinely prepared to reposition the authority and the country’s economy as a whole.

Stressing that technology and innovation remained the backbone of any economy, he pointed out that Future Africa’s collaboration with NEPZA would yield the right dividend in the promotion of the country’s free trade zones.

Aboyeji said the firm had selected Tinapa and Rendezvour located in Calabar and Alaro City free trade zone, Lekki, Lagos respectively to commence the first phase of its operation, adding that the company has the intention of making its presence felt in all the zones

China To Takes Over Brass Shipyard Construction in Bayelsa-FG