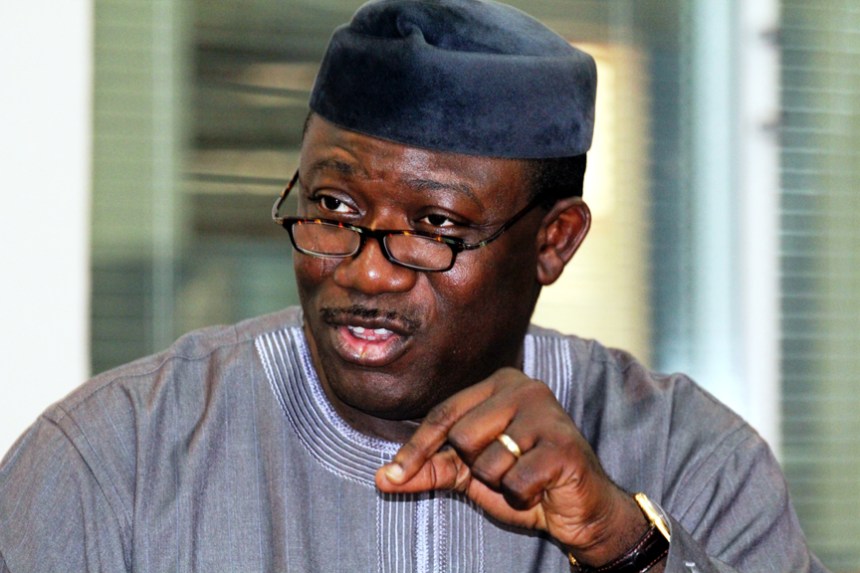 State governments with solid mineral deposits in their domains can now acquire mining licenses and develop the resources under the new road map for the sector, Minister of Mines and Steel Development, Kayode Fayemi, has said.

Mr. Fayemi, who said this in an exclusive interview with PREMIUM TIMES, said the road map also confers special role for the communities hosting the mineral deposits in the country.

“If any state has gold, and the government thinks it will be best harnessed by managing it in partnership with a private technical partner, there is nothing in the law prohibiting the state from establishing its special purpose vehicle for mining operations and approaching the mining cadastral office of the ministry for a license, as long as the land is free and unencumbered,” the minister said.

Apart from assisting interested state governments with available data countrywide, Mr. Fayemi said the Ministry would also be willing to introduce private sector operators to prospective exploration opportunities in the sector, to avoid their running into problems.

Under the road map, the minister said those seeking exploration licenses, or mining leases would not get it without the consent of states and host communities.

To avoid the experience in the oil and gas sector believed to be the root of the conflict in the Niger Delta region, the minister said consent to prospective mining companies from host communities would now require ratification by the states.

Under the new arrangement, the minister said states now have greater powers and legitimacy on issuance of license, since they issue certificates of occupancy for land and know the land owners in their domains.

“That gives the states a greater leverage, participation and knowledge about the exploitation of the resources in their area. That would go a long way in reducing the tension seen in communities over rights to mineral resources,” he said.

“You cannot formalize operatorship in the sector without inputs from the states. What we have agreed in principle with states is they are the ones to carry out first level of enumeration. The federal government is prepared to support the state to undertake that exercise.”

For mining to work in the country, the minister said the relationship between federal government issuing the licenses, the states in charge of where the resources were located, and investors, must be strengthened and aligned seamlessly.

To ensure the smooth relationship between state and federal governments, he said a National Council on Mining, equivalent to those on Environment and Health, was constituted.

State and federal governments as well as related agencies, civil society groups, non-governmental and academic institutions are members of the Council mandated to look at issues affecting the mining sector.

Kenya Tops Nigeria in Stock-Trading for the First Time