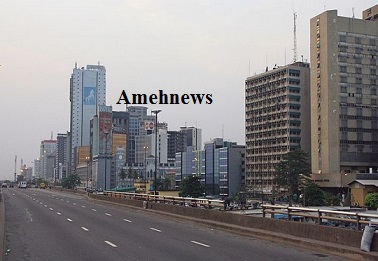 Growth in Nigeria recovered to 0.8 percent in 2017 after a historic collapse in oil prices—exacerbated by falling oil production and inadequate policies—took a major toll on the economy (chart). The recent rise in oil prices is supporting the recovery, but more needs to be done to reduce unemployment and address poverty.

Economic growth in the fourth quarter of 2017 was positive for the third consecutive quarter, driven mainly by recovering oil production. The economy—excluding the oil and agricultural sectors—saw a first modest year-on-year expansion, after seven quarters of contraction.

Policies initiated under the government’s Economic Recovery and Growth Plan have started to tackle some of the challenges facing the economy.

They include the beginning of convergence in foreign exchange windows by reducing the number of existing exchange rates in the economy, a narrowing of the parallel market premium, some improvement in tax administration, anti-corruption efforts, and significant strides in improving the business environment.

Despite these positive developments, the economic situation remains challenging, says the IMF. Inflation, especially of food prices, remains high. Vulnerabilities in the banking sector are rising.

Nigeria is also faced with important social, economic, and political challenges. Factors weighing on the economy include a large infrastructure gap, high gender and income inequality, corruption, and the ongoing humanitarian crisis in the northeast.