As Nigeria gets set to deploy maritime security assets acquired under the Integrated National Security and Waterways Protection Infrastructure, members of the Deep Blue Project Steering Committee have visited Lagos, Warri, Benin, and Onne to inspect the assets at the various locations. The delegation, led by Minister of Defence, Maj-Gen. Bashir Salihi Magashi (rtd), included Minister of Transportation, Rt. Hon. Chibuike Amaechi, and Chief of Naval Staff, Vice Admiral Ibok Ekwe Ibas. They were joined by Director-General of the Nigerian Maritime Administration and Safety Agency (NIMASA), Dr Bashir Jamoh, and other members of the presidential committee on the inspection tour meant to confirm the readiness of the maritime assets for deployment. 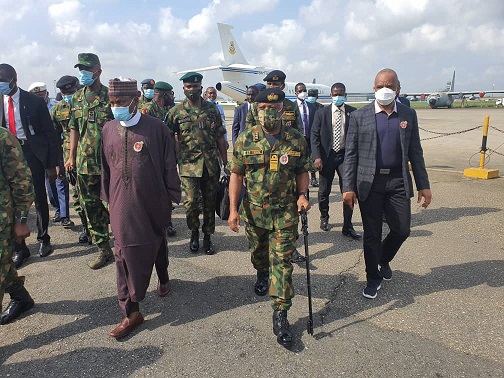 The committee members said they were optimistic about the Integrated National Security and Waterways Protection Infrastructure, also called the Deep Blue Project. They held that from what was on the ground, the project would deliver the national expectation of safety and security in Nigeria’s waters and the Gulf of Guinea.

Speaking to journalists after the inspection concluded at the weekend, Magashi, who is also Chairman of the Inter-Ministerial Committee on Deep Blue Project, expressed satisfaction with the level of preparedness for the launch of the assets. He assured of the Federal Government’s determination to continue to improve security in the country.

Magashi said the specifications of the latest intelligence and military hardware given to the contractors of the security project would be met. 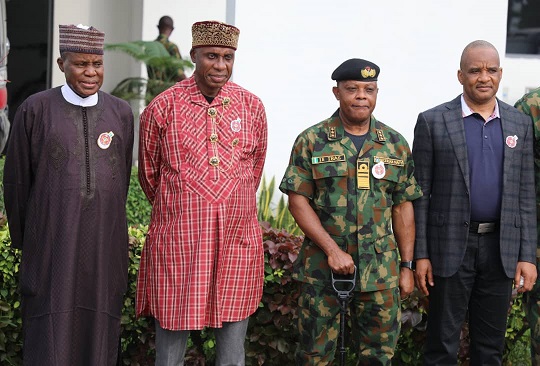 The defence minister added, “Sea piracy is already being tackled by our naval men, whose responsibility is to protect our waterways and they are doing a good job. The Gulf of Guinea is so vast; it involves many countries, with crimes being committed by citizens of these countries. But with the acquisition of these security equipment, we should be able to observe, detect and solve the problem of sea piracy.

“The navy is already containing the situation. Before now, sea piracy was high, but it has reduced to a situation where I can say we are in control. The implementation of this project will further help in this direction.”

Amaechi said the President Muhammadu Buhari government was fulfilling a critical national aspiration and ambition of a safe and secure maritime environment where investors, tourists, and operators could confidently come to do business. He said it was a dream come true and a special feat, after all the failures of the past administrations.

The minister disclosed that the training programme for professionals who would man the assets was proceeding as planned, assuring that it would be concluded soon.

The Director-General of NIMASA, where the Deep Blue Project is domiciled, described the planned assets deployment as the beginning of a new dawn for the Nigerian maritime industry. 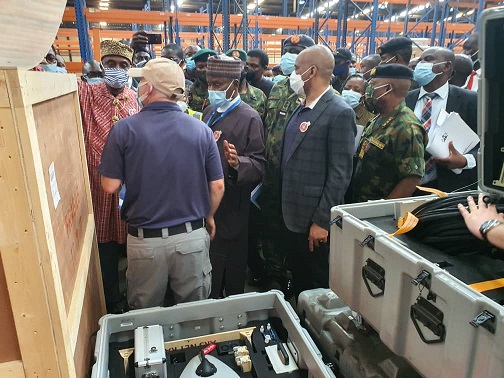 Jamoh stated, “We have come a long way in the achievement of this dream, the dream of staying ahead of the machinations of criminals bent on thwarting our yearning for maximum benefits from the rich maritime resources Nature has endowed us with.

“We are deploying technology and advanced domain awareness techniques to ensure security of our waters, up to the Gulf of Guinea.”

The key components of the Deep Blue Projects are: air, maritime, and land assets; Command, Control, Communication, Computers and Intelligence (C4i) Operation Centre; and the training programme. The C4i Centre has been up and running since last year, while over 80 per cent of the assets have been delivered and are ready for deployment.

The assets include helicopters, interceptor boats, Unmanned Aerial Vehicles, Special Mission Aircraft, Special Mission Vessels, and armoured vehicles, which would be operated by a standby intervention team, and linked to the C4i Centre. The centre would also be integrated with the Maritime Intelligence System and the Nigerian Navy’s Falcon Eye for real time monitoring and reporting of activities within the country’s maritime space.