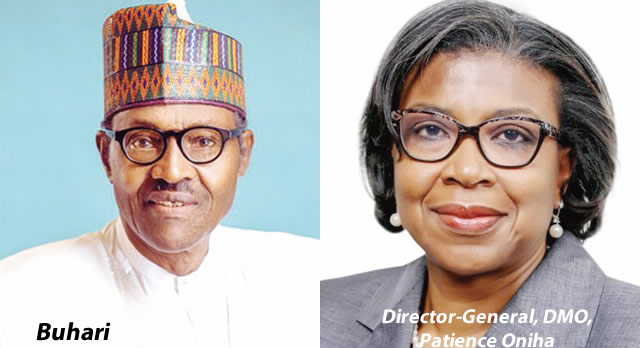 EVEREST AMAEFULE reports that in 39 months, the country spent a total of N5.468tn on servicing domestic debt and foreign debt as experts claim that the cost of debt servicing is crowding out public debt expenses

Servicing of domestic and foreign debt gulped a total of N5.468tn between July 2015 and September 2018, an analysis of the data obtained from the Debt Management Office has shown.

While domestic debt servicing gulped a total of N4.77tn within the period, the country spent a total of $2.28bn to service foreign debt.

Statistics made available by the DMO showed that the cost of servicing the nation’s debt has been on the rise as a result of the increasing size of the debt as well as the increasing cost of debt servicing.

From January to December 2016, the country spent a total of N1.23tn on domestic debt servicing. Again in 2017, the cost of servicing domestic debt rose to N1.48tn.

Although the DMO has yet to release the cost of debt servicing for the fourth quarter of 2018, statistics show that the cost of servicing local debt for the first three quarters stood at N1.57tn.

On the other hand, external debt servicing gulped a total of $2.28bn in the period of 39 months.

Again, the cost of debt servicing in the fourth quarter of 2018 is not yet available.

This means that for the first three quarters of 2018, the nation spent a total of $1.28bn. This is understandable, given the recent increase in the external debt commitment of the nation as a result of a strategy by the government to borrow more from external sources in order to decrease the ratio of domestic debt.

A number of economic actors including the International Monetary Fund had said that debt servicing had been gulping a large percentage of the country’s revenue.

The IMF had, for instance, in November 2018 said that Nigeria was spending more than 50 per cent of its revenues on servicing of debts.

Speaking at the presentation of the Regional Economic Outlook for Sub-Saharan Africa – Capital Flows and the Future of Work in Abuja on November 8, 2018, the Senior Resident Representative and Mission Chief for Nigeria, African Department, Amine Mati, said Nigeria’s expenditure on debt servicing was high compared to its income.

Mati said that although Nigeria’s debt to Gross Domestic Product remained low at between 20 and 25 per cent, the country spent a high proportion of its revenue on debt servicing as a result of low revenue generation.

He added that the debt servicing to revenue ratio was more than 50 per cent while for sub-Saharan Africa, the rate is about 10 per cent; a figure he said was too high and reminiscent of what the region went through in the period following debt relief at the beginning of the 21st century.

Similarly, the Head, Department of Banking and Finance, Nasarawa State University, Keffi, Prof. Uche Uwaleke, said that the huge amount of money being spent on debt servicing was crowding out other areas of public expenditure.

Uwaleke, who is also the president of Capital Market Academics, said that the huge payment on debt servicing was at the expense of investment in critical infrastructure.

He said, “The implication is that the huge debt service is at the expense of investment in critical infrastructure. So, the opportunity cost is very high for the country. The fact that it is crowding out public spending on competing   development needs is a great source of concern.

“It also proves the fact that the real debt burden for Nigeria is measured not by the debt to GDP ratio which is relatively low at about 20 per cent but by the debt service to revenue which is over 60 per cent.

“I think the government recognises this revenue challenge, which explains why it is now putting emphasis on ramping up revenue especially from non-oil sources.”

It is in recognition of the huge resources being expended on debt servicing that the Federal Government plans to borrow more from foreign sources in 2019 in order to rebalance the ratio between foreign and domestic debt.

In its Strategic Debt Management Plan 2018 – 2022, the DMO said it planned to attain 40 per cent on foreign debt component of public debt by December 2019.

According to DMO, the move towards contracting more foreign loans is to take advantage of cheaper lending rates abroad and a bid to free the local debt market to enable the private sector to access more funds.

The DMO said, “Following the expiration of the Third Strategic Plan (2013 – 2017), and in recognition of the evolving roles of the DMO, and the need to align public debt management activities with government’s economic policy thrusts, as encapsulated in the Economic Recovery and Growth Plan, amongst others, the need to develop a new Strategic Plan, therefore, became imperative.

“The building blocks for the Fourth Strategic Plan are: a. Changing investor needs and higher investor expectations from the DMO on products and services; b. Government’s prioritisation of the development of infrastructure which requires new and more creative ways of financing; c. The active and supportive role expected of the DMO under the ERGP, two of whose pillars are reducing the infrastructure gap and private sector-led growth.”

A Call For Actions Against Drone-Related Disruption To Aircraft Operations