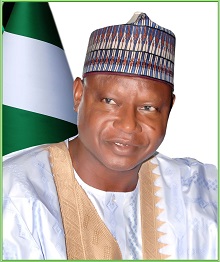 The federal ministry of environment as led by Ibrahim Jibril, minister of state for environment, is working with some other ministries, department and agencies on completing Africa’s first sovereign green bonds.

Green bonds are like regular bonds, with a slight difference – they can only be used to fund projects that have been identified to have environmental benefits and their contribution to emissions reduction clearly articulated

According to a brief by Esther Agbarakwe, special adviser to the minister on communications, the ministry “has significantly progressed a process that started in September of 2016 with a stakeholders forum that attracted key development partners, capital market operators and public sector institutions”.

“The initiative has resulted in a plan to issue a program of N150 billion in green bonds over the next few months with a pilot issue of N12.384 billion in the third quarter of 2017 and the balance over the course of the budget year”.

The Nigerian green bonds is the world’s third green bond, after the global market took off in 2005 with an issuance by the European Investment Bank (EIB).

In 12 years, the market has grown significantly to an annual issuance market last year of $80 billion.

According to the brief, “issuances to date have been largely by corporates and parastatals with the first sovereign issuance made in November 2016 for €750m by Poland and a follow on by France in January 2017 for €7 billion”.

Working through the Inter-Ministerial Committee on Climate Change (ICCC), the ministry engaged various MDAs, to identify projects with green credentials that will provide the foundation for issuance of the green bond.

In agreement with Kemi Adeosun, the minister of finance, the projects are required to be included in the budget approved by the national assembly and assented to by the president.

The Debt Management Office (DMO) as key issuer of FG debt is the key liaison, while the Central Bank of Nigeria (CBN) will keep a recently created green bond account to hold the resources.

With the June 13 signing of the 2017 budget by Acting President Yemi Osinbanjo, the green bonds are earmaked to fund: “Energizing Education Program (EEP) for N9.5 billion, the Renewable Energy Micro Utility (REMU) for N475m and the FMEnv’s Afforestation Program for N2.3 billion for a total of N12.38 billion”