Federal Government will avail itself of the opportunity being provided by global organizations like Google to train the teaming technology savvy youths in various level of ICT capacity development deployed by Google, as this will further open up the accessibility of turning around the nation’s economy and making ICT the main stay.

Communications Minister, Abdur-Raheem Adebayo Shittu in a goodwill message delivered at the event closing of Google For Nigeria held at the Landmark Centre, Eti-Osa, Lagos on Thursday, said that Nigeria as a nation has so much more to learn and gain from the digital revolution being championed by Google. 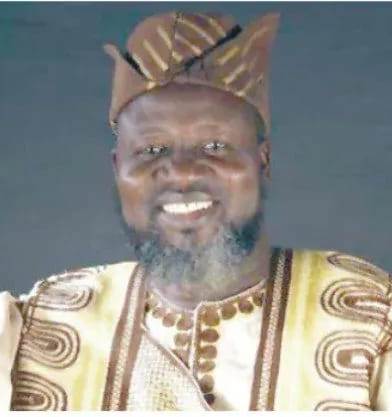 The minister commending the commitment of Google Nigeria to implement ambitious reforms and bring about macroeconomic stability in the context of the country’s ongoing Smart Digital Nigeria transition process stressed that the efforts are bearing tangible results and have laid the foundation for a credible path to fiscal sustainability and collaboration.

He added that Google, being one of the tech giants in computing and the web, has been at the centre of this digital penetration, with the popularity of its open platforms, powering lots of smartphones with android and other digital tools.

“A lot has changed in Nigeria since the huge wave of Internet and mobile adoption globally. Today, access to smart phones and the web is growing.  Indeed, there are about 149 million mobile subscribers and 97 million internet users, 76% of them can access the internet on their phones.

“The growth in adoption of these trends amongst Nigerians presents huge opportunities for businesses which is important for Government’s ambition on economic diversification. However, only a small number of Individuals and enterprises are currently taking full advantage of new digital opportunities available.

“It is also worthy to note that through critical partnerships and collaborations, support of Government and leveraging on Google’s strong community relationships, the goal to train one million people in Nigeria and Africa at large has reached its target. The plan to train more Africans in digital skills in the coming year is therefore commendable.

“It is also instructive to note that the web is a driver of economic growth, and is transforming society as a whole. People must be equipped, through training and re-skilling to make use of the tools and take advantage of it for entrepreneurship, employment and e-inclusion.

The minister said there is no better time to collaborate with Google Nigeria and to harness the benefits of ICT than now when the Nigerian economy is in dire need of diversification, adding that ICT is strategic in driving productivity and efficiency in all sectors of the economy and that virtually all sectors leverage ICT for optimal performance. To this end, I charge you to key into the ministry’s mandate and collaborate with my Ministry.

“It is only logical that Government is determined not only to create policies and incentives but also collaborate with global tech leaders like Google to ensure smart digital Nigeria initiative and to make technology more accessible and useful to drive more businesses and in turn, contribute to a richer and diversified economy.”, he said.

The minister who look forward to where all Nigeria’s major languages would have web portals recalled that Google in 2016 announced its commitment to training One million young people in Africa in digital skills as part of their contribution to growing digital economy across Africa and shortly after the announcement, launched digital skills web portals in English, French and Portuguese as a way to reach individuals in areas where physical training was unavailable.

“Having over one million digitally skilled young people in Africa is not good enough, you can do more than that. If many young people have the right skills, they will build businesses, create jobs and boost economic growth across the continent”, he charged Google

Shittu promised that the ministry will continue to support the establishment of companies or organizations in the areas of hardware and software development by ensuring that they are protected through requisite regulations.

“We have accepted that Nigeria must take the leadership role in Africa’s ICT ecosystem. Therefore, we are amenable to Public Private Partnership to drive the Ministry’s projects.  We, therefore, assert that 2017 must be a year of action.

“As government’s preparation for the Fourth Industrial Revolution, which is predicted to happen globally in the very near future, the Federal Government had conceived a national ICT Park and Exhibition Centre in the Federal Capital Territory. The establishment of the centre will encourage investments in the ICT sector and complement the ICT University which will also produce the required skilled manpower for the industry.  On this note, I invite Google to play a very active role as a partner in ensuring the successful take off of the ICT University of Nigeria.

“Taking into consideration the present administration’s stance on job creation, revenue generation and security, this government is determined to leverage ICT and break its monopoly and open up the economy to foreign investors just as it did in the Telecom sector. Despite coming up with the Economic Growth and Recovery Plan, we are determined to actualize the content of our very comprehensive ICT roadmap. This is imperative for the country’s highly import-dependent and consumption-driven economy. This administration has hinged the Economic Recovery Plans on ICTs as well as with fiscal and strategies policies.”, he said

AfDB to invest $24 billion in agriculture in Africa – Adesina