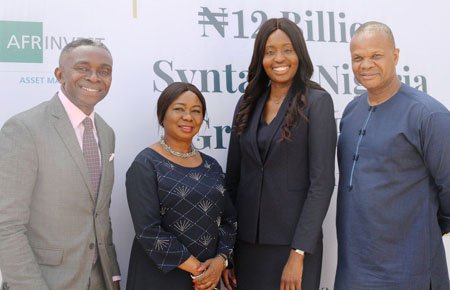 The Federal Institute of Industrial Research Oshodi (FIIRO) has stated that the country would be saving a whooping sum of N127 billion annually on the 20 percent cassava flour inclusion in bread making.

The Director General of FIIRO, Prof Gloria Elemo, who disclosed this to select journalists in Lagos at the weekend, noted that the need to reduce import bill on flour led the Institute to developing the recipe of cassava inclusion in bread making.

Elemo said, “We have been working on how to reduce the import bill on wheat flour, and after we have tried corn, millet, guinea corn and sorghum composite flour, we found out that cassava inclusion was the best component of composite flour to produce very high quality bread. So we carried out different levels of recipe at 5%, 10%, 15%, 20%, 30% and 40% respectively, and we discovered that at 20% level of cassava flour inclusion, that the quality of bread is practically not different from 100 percent wheat flour bread, because of the formulation that we have. We have a recipe that is commercially oriented, recipe that breaks even, recipe that makes profit more than when you use 100 percent wheat flour. That recipe is standardised, we have trained master bakers in the 36 states of the country and everybody is aware.

“If the local content bill on 20 percent cassava flour inclusion is passed into law, Nigeria would be saving N127 billion annually in terms of conservation of foreign exchange, and would also generate close to 3million jobs annually along its value chain, ranging from the farmers that plant, transporters, suppliers, processors, distributors and others.”

She disclosed that over 5000 MSEs at the capacity of between 1 – 3 tons output level per day would mean a minimum of six SMEs in the 774 local governments of the country producing cassava flour should this bill be passed into law.

Professor Elemo stated that FIIRO would be receiving the sum of N1 billion from the government for winning the 2018 best research institute of the year.

FIIRO boss said, “Dr. Ogbonnaya Onu declared that N1 billion would be added to the 2019 budgetary allocation of FIIRO for taking the first position. For instance, if our 2019 budgetary allocation is X naira, then, N1 billion would be added to it to become X + N1 billion. Again, for me wining the best DG awards is much desirable. For FIIRO to have emerged the best of the 17 parastatals is because of the visionary leadership at the institute. There are so many things that we have not been doing before which we are now doing and things are gradually taking shape. Our major stake holders, which are the Small, Medium and Large enterprises, are feeling our impact.

“The essence of the whole thing is to discourage the import of the same technology that is manufactured or fabricated locally and to save the country the huge foreign exchange expended on import and maintenance of those foreign machineries. So they looked at all these facilities in all the institutions in terms of infrastructure, in terms of human capacity, in terms of qualifications, efficiency of human capacity. So, these formed the criteria for assessment.”