The Nigeria’s Gross Domestic Product (GDP) growth rate might increase from the present 2.4 per cent to 2.6 per cent. 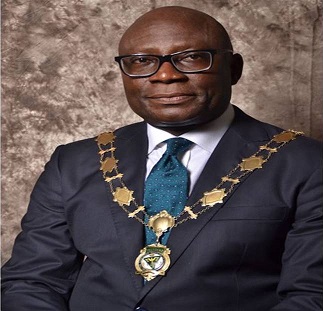 Dr Uche Olowu, the President of the Chartered Institute of Bankers of Nigeria (CIBN), on Thursday said Nigeria’s economy, in 2020, might record a gradual growth in its GDP that would not be up to three per cent.

Olowu, said this at a forum on 2020 Economic Outlook, organised by the Finance Correspondents Association of Nigeria (FICAN), in conjunction with Polaris Bank, in Lagos.

The forum also reviewed the economic activities and policies in 2019, as well as its implementation and impact on people and the country in general.

Olowu said that inflationary pressure might also continue as a result of the approval and implementation of the new minimum wage which could lead to increase in consumer spending.

He, therefore, called on the federal government to allow the private sector to participate more in the national development.

According to him, the public sector alone cannot provide the growth needed by the country.

Olowu said: “The only way we can boost the country’s economic growth is to be market oriented; that is, by allowing the private sector to do more.

“There is no way the public sector can sustain the rebuilding of this economy.

“We need a level playing field, a healthy competition that will be fair, transparent and open to rule of law.

“If this is done, we will be able to get it right.”

Olowu said it would be better if the government embarked on domestic borrowing, as it was attractive because of the low interest rate, following increase in Loan to Deposit Ratio (LDR), recently raised to 65 per cent.

According to him, this will help to grow the economy.

The CIBN boss said the basic model to economic growth was having access to credit.

He also said the economy needed sufficient growth drivers that would balance development.

Dr Oluwu said that there was the need for government to find a way of diversifying the economy, even though, oil continued to have a major role to play in her economy.

He also suggested that subsidy should be given for production and not for consumption.

“What this means is that you incentify the people, create a level playing field that will enable economic actors and inspire confidence,” he said.

The CIBN Chairman pointed an area where government can do more especially on ethical and value reorientation.

He advised government to communicate and feed those the targeted those intend to woo with the right message and as well as act in the rightful ways.

Also Olowu lamented that many Nigerians do not pay the right tax while alluding to the issue of managing revenue from taxation.

“The tax burden in Nigeria is real. People don’t pay the right tax. There is so much work in the tax space. The real challenge is how the tax revenue is disbursed or spent.”

The CIBN president made it clear that “if we want better life in Nigeria, we need to pay our tax and then hold managers of our tax revenue accountable.”

On a final note, he projected that the Federal Government would be bullish in 2020 from taxation.

Many stakeholders have variously accused the Federal Government of increasing tax burden on Nigerians through increment on Value Added Tax (VAT) from five percent to 7.5 per cent as well as other numerous charges in the system.

According to him there are repeatedly allegations of multiple taxes by the business community involving federal, the state and Local council for the same purpose.

The Captioned Photo: The President of the Chartered Institute of Bankers of Nigeria (CIBN, Dr Uche Olowu,