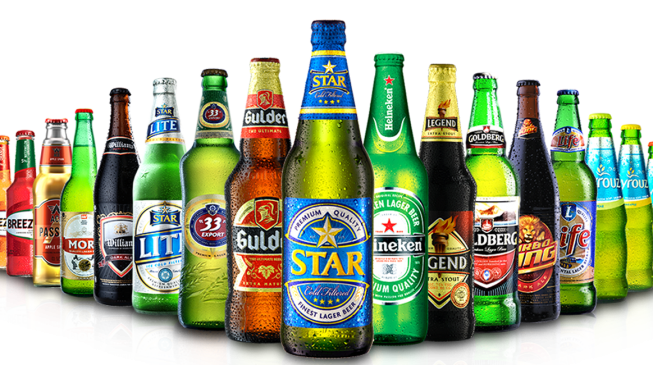 Nigerian Breweries has made a promising first quarter start that could see a renewed strength in profit performance this year. The brewing company had lost over 25% of net profit last year, reducing profit to the lowest figure in several years. This year is however looking good for the company in terms of good prospects for lifting profit to a new high. Accomplishing that depends on the company’s ability to sustain the first quarter earnings growth.

The company closed the 2016 operations with a net profit of N28.41 billion, a drop of 25.4% over the preceding year’s figure. At the end of first quarter of the current year, after tax profit amounted to N11.5 billion, a year-on-year growth of 9.5%. If the growth rate is maintained to full year, the company could post a net profit of about N44 billion. That will be a strong recovery move from the 2016 profit plunge.

The company lost profit for the third year running in 2016 following inability to grow sales revenue in the face of rising costs. Major cost increases were led by interest expenses, which eroded profit margin in the year.

This year, interest expenses have changed direction, dropping by 40% at the end of the first quarter. This reflects a major reduction of 65% on long-term borrowings. Cost of sales has however continued to grow ahead of sales revenue to the detriment of profit margin.

The company closed the first quarter trading with sales revenue of N91.29 billion, a year-on-year growth of 17.7%. Compared with last year, sales revenue is picking up this year with good prospects for an accelerated growth at full year. Based on the first quarter growth rate, turnover is projected at N367 billion for Nigerian Breweries in 2017.  That will be an increase of 17% over the 2016 figure and the strongest revenue growth since 2012.

Cost of sales is still claiming an increasing share of revenue in the current year, which has continued to erode gross profit margin. Gross profit margin declined from over 48% in the first quarter of last year to 44.4% at the end of March this year.

The company also could not save any cost from marketing/distribution expenses in the first quarter – which grew at par with sales revenue at 17.7% to N16.53 billion. However administrative cost moderated during the period, which enabled the company to improve operating profit by 6.7% to N19.20 billion at the end of the first quarter.

Based on the first quarter growth rate, after tax profit is projected to be in the region of N44 billion for Nigerian Breweries at full year. That will be a strong recovery of 55% from the N28.4 billion figure the company posted in 2016. It will also be a new peak in the company’s profit, slightly ahead of the 2013 peak figure of a little over N43 billion.

The company register closed on 8th March while payment will be made on 4th May, 2017. The company’s directors are also recommending an option of new ordinary shares instead of the final dividend.