“The imbalance in our export trade has persisted with the non-oil sector now accounting for just about 5-7% of Nigeria’s export by value.” 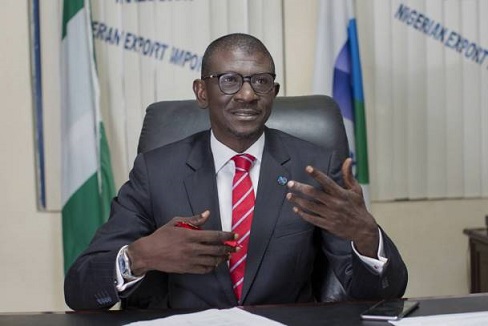 Mr Abba Bello, MD/CE, Nigerian Export-Import Bank while delivery his keynote speaker at the 2019 Annual Conference of Financial Correspondents Association of Nigeria (FICAN) said the low level of growth of non-oil exports sector and its sub-optimal contribution to annual export revenues could largely be attributable to the under-listed issues with varying degrees of impact:

The 2019 FICAN two-day Annual event with theme: “Unlocking Opportunities in Nigeria’s Non-Oil Sector” was held at Golden Tulip Hotel, Festac town on Saturday through to Sunday 21-22, September, in Lagos.

Mr Bello who was represent at the event by mr Tayo Omodiji noted that annual export revenues could largely be attributable to Funding: The funding which includes volume/availability of export credits; high cost of funds; absence of medium/long-term funds since the export sector is perceived as high risk by the Despot Money Banks (DMBs); and absence of innovative trade finance instruments.

“These problems have manifested in low level of credit to the export sector, which accounts for less than 1% of total credit to the private sector by DMBS over the years.

Operation issues: The issues which including supply side constraints arising from low levels of technology and outdated factories in the case of manufacturing projects.

He pointed out that the agricultural sector is also confronted with the challenge of aged plantations of farms with low yield per hectare, owning to prepondence of non-mechanised farming, reliance on rain fed agriculture despite the availability of over 20 large dams all over the country, poor access to inputs such as improved seeds/seedlings fertilizer and agro-chemicals, amongst others.

“There is also high cost of operations owning to constraints of power supply and absence of other key production-supporting infrastructure, which sometimes heavily impact the operational expenses of producing entities.

Policy constraints; was another issued mentioned by mr Bello stressing that these constraints include challenges relating to targeted support for the export sector facilitate re-investment, movement to higher value chains and reduce the impact of the high cost of funds. For instance, the Export Expansion Grant, which was introduced in 1986, was suspended in 2014 to address issues of relating to delay in payment, scope of use, among other factors. It is however, noteworthy that some of the issues have been resolved and the scheme is currently running. 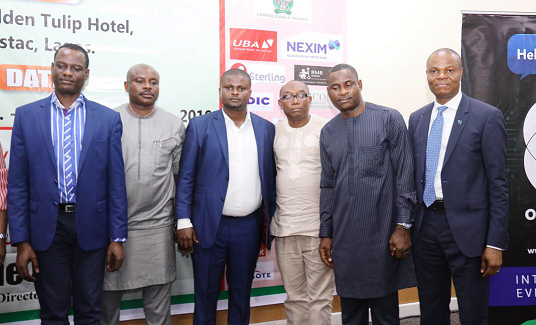 Logistics Issues: “The logistics which include absence of multimodal transport system and inefficient maritime logistics, which makes Nigeria to score to be low on the World Bank’s Logistics Performance Index (2018), where the country was rated 110 out 160 countries based on its performance ranking on key indicators such as custom process, infrastructure, international shipment and timeliness, amongst others.

The NEXIM Boss stated that while some of these challenges could appear daunting, there is the need for continued collaboration of government and the private sector to address them in order to achieve the full potential in the non-oil sector and promote rapid economic growth. In this regard, I would like to highlight the activities of NEXIM in promoting the non-oil sector.

Mr Bello urges Nigeria to position itself in regard to attract investments, just like Ethiopia has done of recent, attracting international brands in the leather and textile/apparel value chains from different parts of the world, that are now leveraging on the competitive business  environment to produce for export.

He applauds the role of media in nation building by creating awareness and promoting useful exchange of views on important national issues.