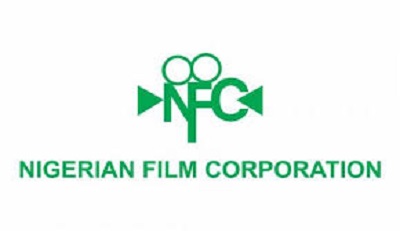 The Nigerian Film Corporation (NFC) has opened discussions with the French Agency for Development (Agence Francaise de Developpement) AFD; for training and capacity building for filmmakers in Nigeria.

Mr. Brian Etuk, Head of Public and intergovernmental relations, made this known in a statement issued to newsmen on Tuesday in Jos.

He said the gesture would shore up the development of the film industry, adding that the partnership was aimed at securing direct funding for the development of critical infrastructure to further reposition the Nigerian Film Industry. “The funding intervention will be funneled into training and capacity building for the professional, amateur and upcoming filmmakers across the country.

“The National Film Institute (NFI) in Jos will serve as the training fulcrum, while NFC will equally support the expected funding with the provision of physical infrastructure. “The infrastructure which will require upgrades through the funding is expected to add to the film production value chain and ecosystem,” he said.

According to him, NFC signed a Memorandum of Understanding (MoU) with Lagos-Paris-Arts to partner, develop and promote the Nigerian creative industry.

“The MoU provides the attraction of direct foreign investment, transfer of technology and employment opportunities for Nigerians, with the creation of institutional linkages between African and European creative industries.

“The NFC and Lagos-Paris-Arts will be expected to jointly undertake outreach capacity training in film production at the NFC zonal offices across the country. Lagos-Paris-Arts shall also provide state of the art learning facilities suited for the development of digital contents at the training locations,’’ he said.

Etuk also quoted Dr. Chidia Maduekwe, NFC’s Managing Director, as saying that the funding from AFD would facilitate the upgrade of its NFI Screening Auditorium to a standard Cinema.

Maduekwe said other projects to be embarked upon were the remodelling of the newly created Northern Regional Office in Kaduna State and the construction of a sound stage among others.

Etuk, however, quoted the Country Director of AFD, Pascal Grangereau, as saying that the partnership would commence as soon as all processes were concluded.