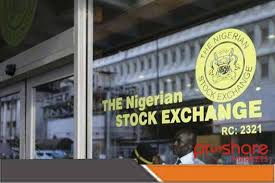 Equity transactions on the Nigerian Stock Exchange (NSE) resumed on Monday on a negative note with market indices dropping marginally by 0.03 per cent.

The market capitalisation shed N4 billion or 0.03 per cent to close at N12.718 trillion against N12.722 trillion posted on Friday.

An analysis of price movement indicated that Total Oil led the losers’ table with a loss of N2.4 to close at N187.7 per share.

Conversely, Dangote Cement led the gainers’ table during the day, gaining N2 to close at N230 per share.

Kindly Share This Story:A nationwide sensitization campaign is being executed with the Organisation’s relevant and…

NIMASA, UAE shippers to sign MoU on training of 100 cadets